Patrick White would like a percentage of last year's free cash to go to the Housing Trust Fund. He also renewed his desire to propose the Residential Tax Exemption (RTE).

Roxanne McCaffrey proposed that the Stockbridge Bowl Stewardship Committee (SBSC) be written into Town Bylaws as a permanent commission.

Finally, White said that there were as many as 10 other Warrant items under consideration by other boards and committees.

RTE is a state initiative. Enacted in 1979, a part of RTE is an option under the property tax classification that shifts the tax burden within the residential class from owners of moderately valued residential properties to the owners of higher-valued properties, vacation homes, and residential properties not occupied by the owner, including vacant land and apartment buildings. It is in Mass General Law: C 59, sec. 5C, and grants the Select Board the ability to enact this exemption without input from the pubic or any committee, commission or board. However, the SB may choose to bring it to Town Meeting for comment (binding or non-binding).

About Right to Farm (RTF)

This General By-law encourages the pursuit of agriculture, promotes agriculture- based economic opportunities, and protects farmlands within the Town by allowing agricultural uses and related activities to function with minimal conflict with abutters and Town agencies.

It would be a Town Bylaw requiring a 2/3 vote and falls under Mass General Law Chapter 40A Section 3, paragraph one.

(There was no SB meeting on February 4.)

The Select Board decided to decline the grant from the state to add temporary propane heaters to the outdoor locations of Stockbridge restaurants.

The Board determined it would not have the Planning Board recommendations by the 25th to act on the special permit application regarding 82 Interlaken and discussed continuing the hearing to a later date.

The board discussed using the remaining Federal CARES Act monies to assist residents with food, rent or heat.

Highlights from the budget agenda item:

Michael Canales, the Town Administrator, walked the Select Board through his preliminary budget, including revenues, expenses, existing debt and debt service costs.

The following items were discussed regarding Bylaw/One-Time Expense Warrant Items: 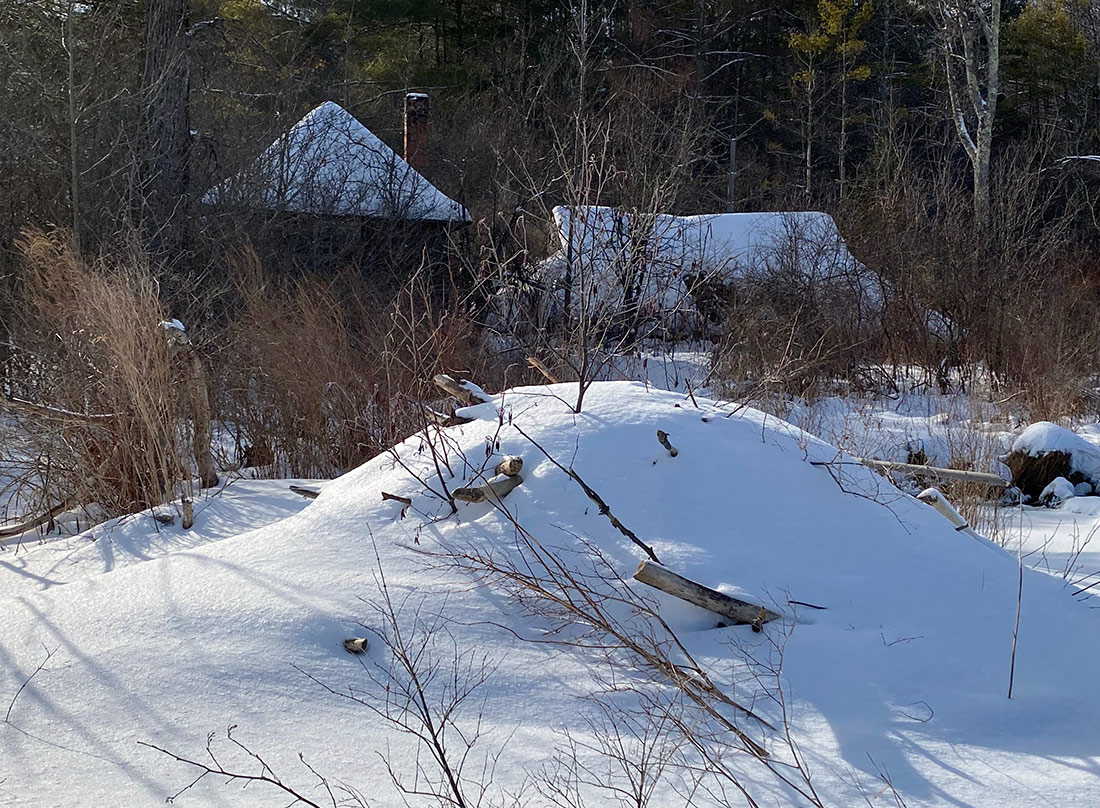 A new beaver dam with an old abandoned, pumping station in the background. Photo: Patrick White.

Notes from the Planning Board February 9 via Zoom

While NRPZ appears to limit growth, it may not. Lacey explained underlying aspects of NRPZ that may pave the way for growth. First, NRPZ is not necessarily more limiting than the two-to-four-acre zoning Stockbridge currently has. Once the developer meets the requirements of NRPZ, the developer operates "by right", that is, the developer can do as he wishes and cannot be constrained. NRPZ includes Transfer of Development Rights (TDR) which means additional development rights can be purchased. For example, if the 41 acres of Camp Mahkeenac on Stockbridge Bowl were sold to a developer, under current zoning it could only be divided into 10 building lots or fewer. With TDR, a developer could possibly create 30 - 40 building lots. How?

For example, in Stockbridge, where there are numerous nonprofits on large parcels, a developer could make a donation in exchange for the development rights a nonprofit has by virtue of its acreage but does not wish to use. Tanglewood has 528 acres in Stockbridge, Norman Rockwell has more than 36, and Laurel Hill Association has over 460. Utilizing TDR, developers could build massive developments on land they owned.

The consultant asked if there was land surrounding the Berkshire Cottages and how many such properties there were. In an earlier PB meeting, Lacey said he was placing before the PB a plan he developed for another Massachusetts town. The question then arises, is this consultant developing bylaw changes that are Stockbridge-specific? If not, much work would remain for the PB and SB to make Lacey's work Stockbridge-specific.

The Chair of PB asked how a developer could make money rather than how development would impact Stockbridge. Another PB member, Marie Rafferty, asked if NRPZ is for houses only or if it could include hotels and other businesses. Another PB member, Kate Fletcher, pointed out that if so, it would not align with "smart growth". That is, it would decentralize rather than concentrate businesses and would promote residential sprawl. Finally, a question for PB: if NRPZ requires identification of "constrained lands", shouldn't the Conservation Commission be involved?

Before the meeting adjourned, it was suggested that the PB subcommittee working with the consultant is probably not in compliance with the OML. The Chair agreed to check. (See editorial above) 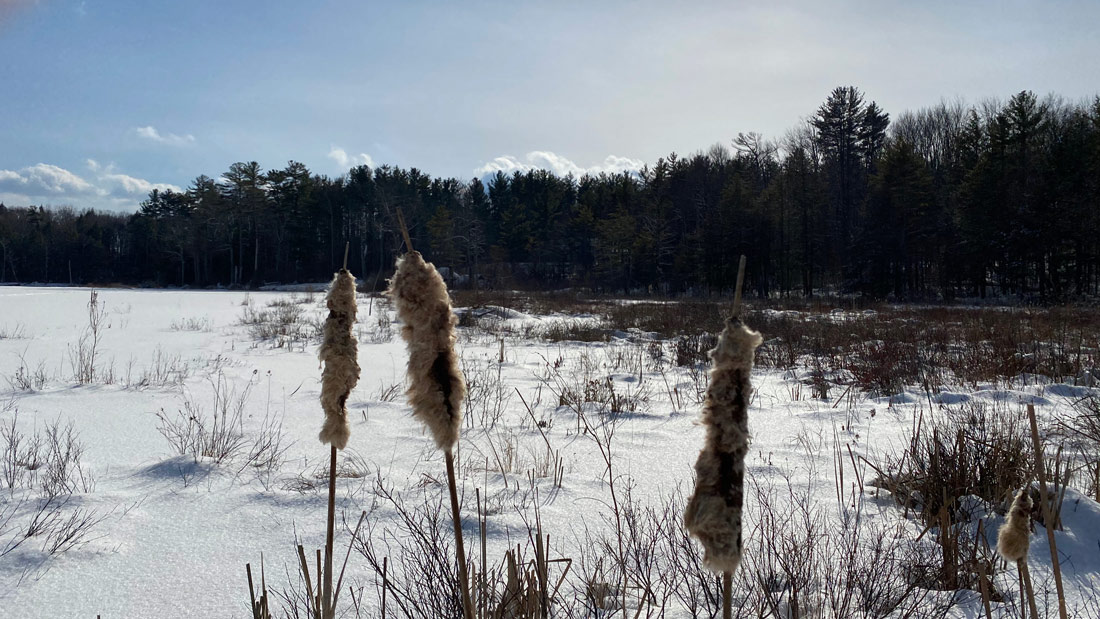 Notes from the Stockbridge Bowl Stewardship Committee – February 5 via Zoom

Dr Kortmann, Lake Management expert, gave a comprehensive report of his survey of Lake Mahkeenac – Stockbridge Bowl. There was much technical information (see article by Charlie Kenny, Chair, Board of Health). In general, the report found that the lake has been stable over a period of 40 years, 1980 -2020. That is a good sign and supports what the Town, including Conservation Commission, have and have not done in managing the lake.

Kortmann suggested we focus on whole lake management; that we continue to monitor the lake annually, and that we adopt a holistic approach as recommended by both the Board of Health and the Conservation Commission. Dr Kortmann did not recommend for or against using Fluoridone in the lake. However, if Fluoridone were used he strongly suggested the concentration of any Fluoridone application be carefully monitored to avoid negative impacts on non-targeted plants. Kortmann was opposed to "contact herbicides."

One member mentioned a decrease in water level. If that is so, then according to the experts, dredging to increase depth and enhance flow may be indicated. Some oppose dredging fearing it will "stir up" toxins. However, the depth recommended is unlikely to cause that.

Overall, it was a very positive report, reinforcing decisions Stockbridge made and opposed over the last four decades. 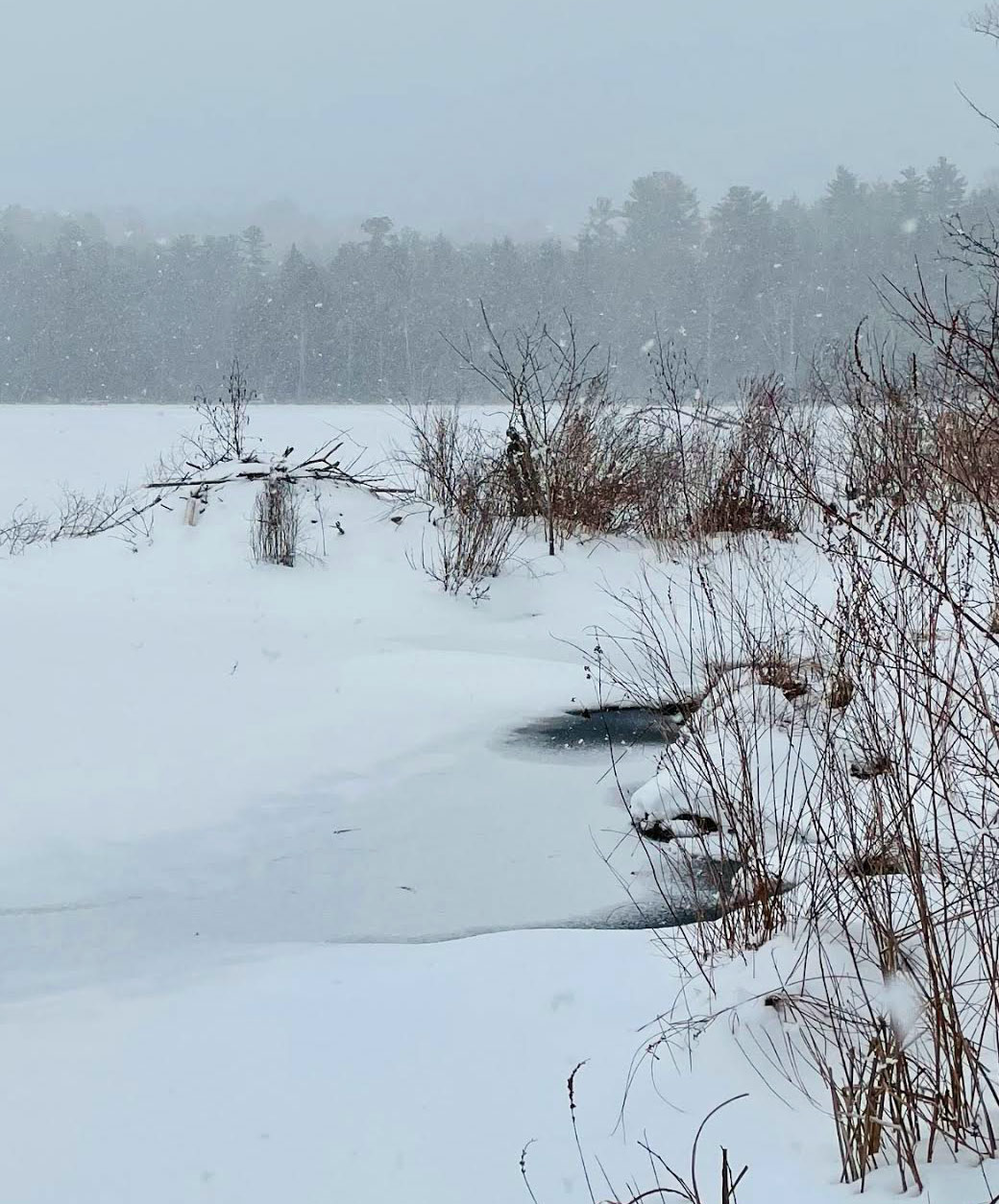