Notes from the Community Preservation Committee (CPC): March 5 via Zoom

At the last meeting, these requests made by the Town were approved:

The other applications were resolved as follows:

Funds available for distribution were projected to be $285,000. However, through the efforts of Chair Sally Underwood-Miller and member Patrick White, $86,617 was recovered and returned to the fund. Of the $371,617, all but $3,597 was awarded.

The CPC funding recommendations will go to the Town Meeting for final approval. 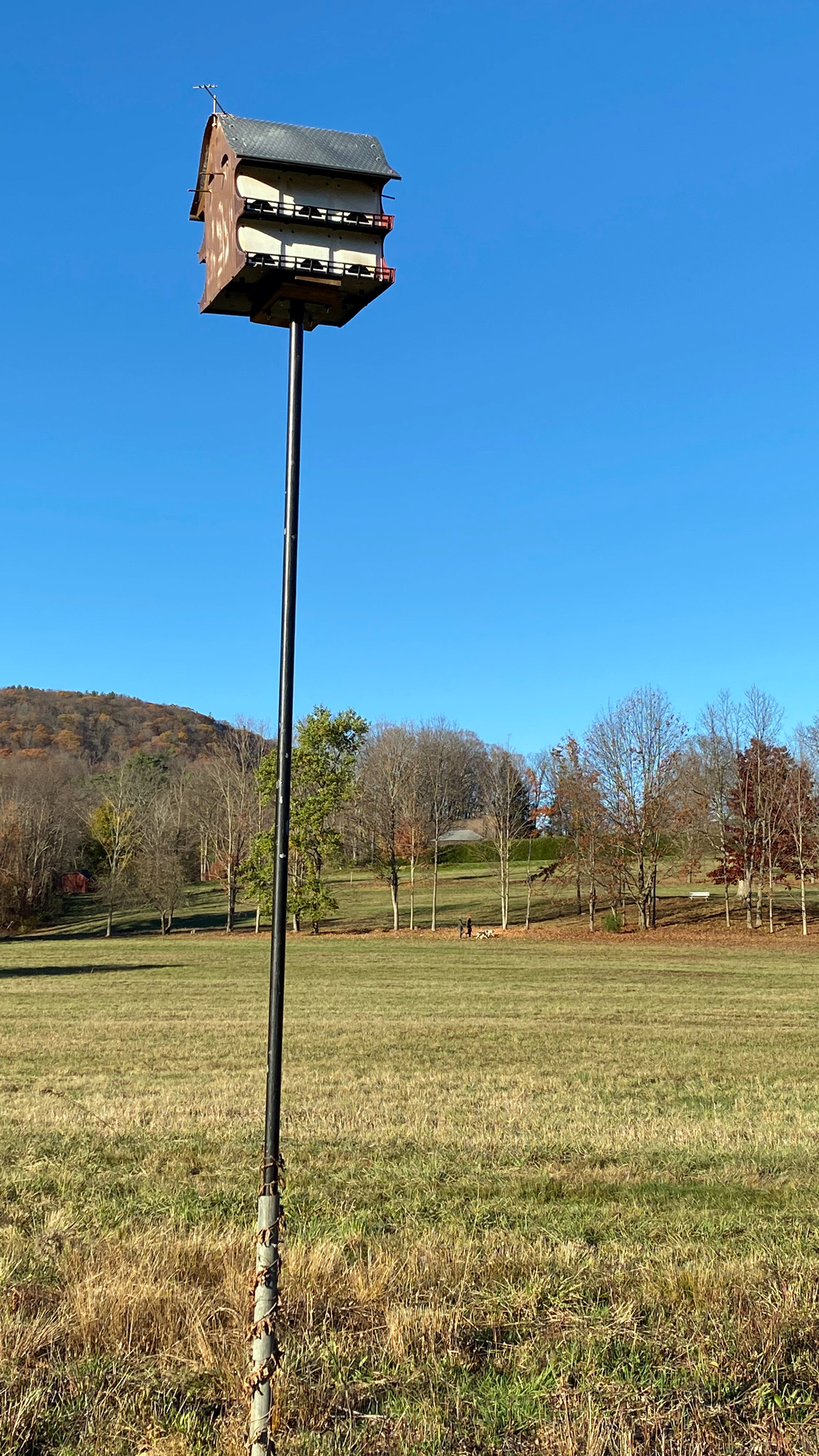 Notes from the Select Board: March 11 via Zoom

(There was no meeting March 4)

The joint meeting was closed and the SB meeting resumed

The SB meeting was adjourned. 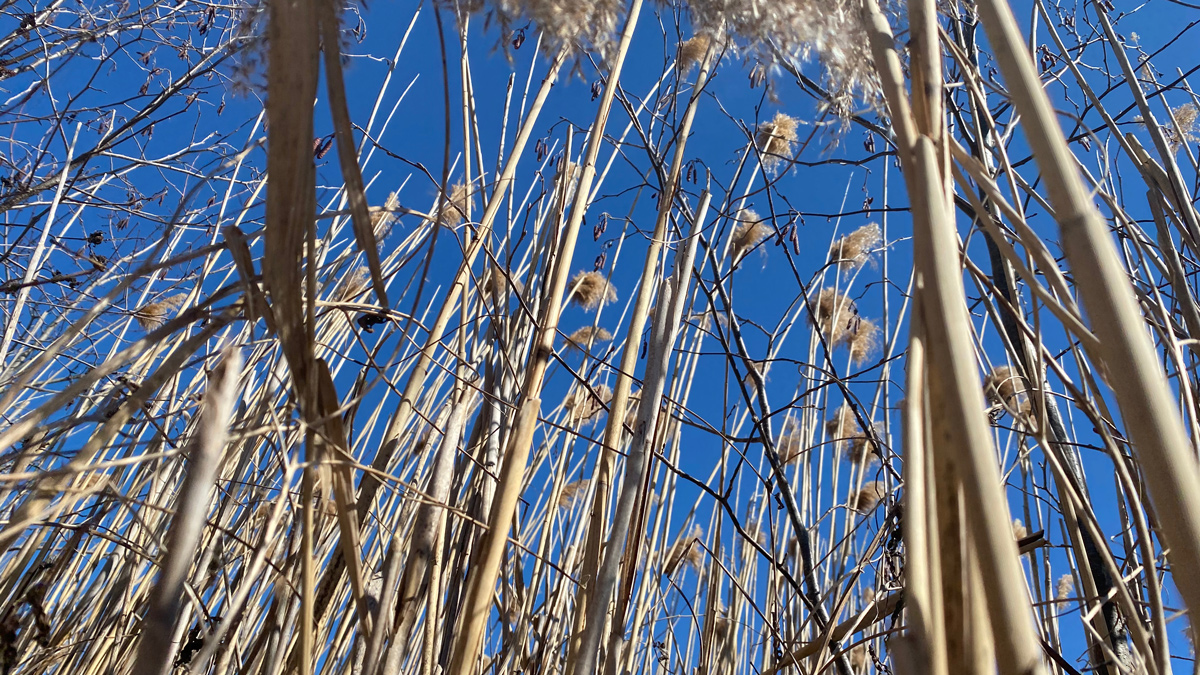 Inside one of Stockbridge's phragmites forests — a towering wetlands invasive.

Notes from Planning Board: March 2 via Zoom

Notes from the Planning Board: March 4 meeting via Zoom

Notes from Water and Sewer Commission: March 4 via Zoom

Report from the Cemetery Committee - The Alternative Green Burial

Green burial offers an alternative to today's conventional burials. What is green burial? A green burial is one in which everything—body, clothing, and casket—going into the ground is biodegradable. It is considered an environmentally friendly burial. Green burial is legal across the state of Massachusetts, but most municipal cemeteries, including ours, do not allow it.

Embalming or Cooling: There are two ways to temporarily preserve a body: cooling and embalming. There is no state law that requires embalming, but local public health departments may require it for having a public wake in a church or funeral home. It is legal, however, for families to do a home vigil for up to (3) days. This allows family members to wash, cool (in a cool room or with some form of dry ice) and place the body in the casket.

Once at the cemetery, a casket is never opened. Cemetery workers do not know if a body is embalmed or not. While there is little science about what leaches into the soil from a cemetery, embalming fluid does contain formaldehyde, which is a known carcinogen that is ubiquitous in our day-to-day lives.

Caskets: Caskets sold primarily by funeral homes are finished with varnishes or resins. Caskets used for green burials, particularly here in New England, are made of locally sourced, soft white pine. They are as beautiful, and artfully crafted as conventional caskets. Even being wrapped in a bed sheet or shroud, which is used for Muslim burial, is a valid container for burial.

Grave Liners or Vaults: Caskets are often placed in grave liners or vaults. Liners are concrete; vaults can be either metal or concrete. In essence, they become a casket for the casket. Conventional cemeteries often require these because it is much easier to dig next to a concrete grave liner than a wooden casket. When deciding to perform a green burial, it is important to work out how a grave will be dug (backhoe) and accessed (driving over existing graves.) This has been done successfully.

Allowing green burial in local cemeteries is one way for individuals to give back to the earth. What do you want? The cemetery commission would very much like to hear your thoughts and questions on green burial. Email Karen Marshall at kmarshall@stockbridge-ma.gov. For more information about green burial, visit www.GreenBurialMA.org and www.GreenBurialCouncil.org. 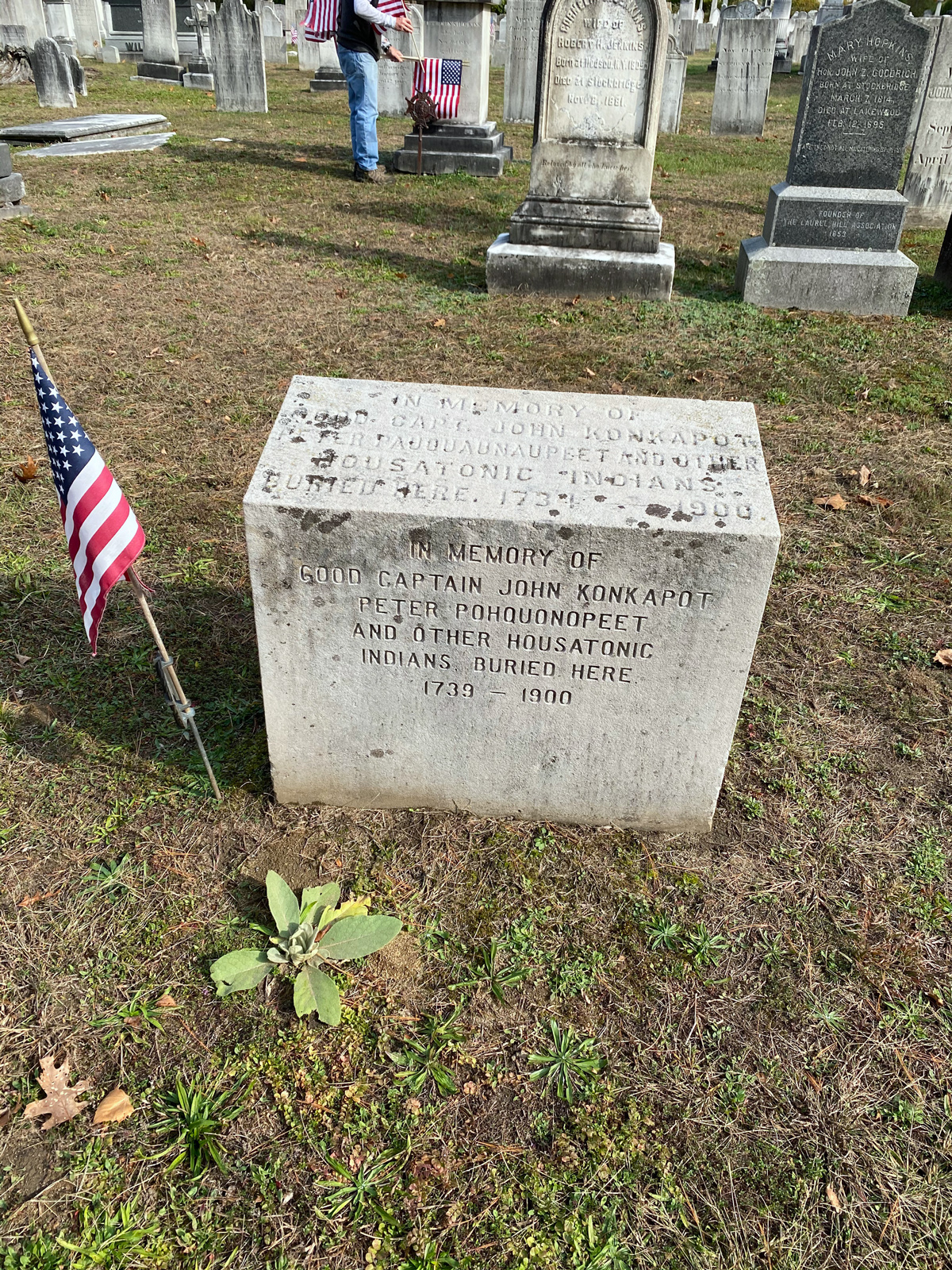 Indian memorial at the cemetery.

Report from the Stockbridge Health Department

Last fall the Boston Globe reported that PFAS, long-lasting toxic chemicals with potential for causing human health problems, had been dispersed through aerial and ground sprays used to kill mosquitos. Our local Mosquito Control Program (MCP) did not notify us that such chemicals might have been dispersed through spraying in Stockbridge because they weren't sure. They had no plan to determine this. They also had no records that might help determine where such chemicals might have been used in Stockbridge.

The Board of Health found that such inaction and lack of information was unacceptable when facing a public health hazard. Because the Board had unsuccessfully requested information about the locations of spraying and cost allocation methods in Stockbridge, and because CDC and DPH recommendations are to use personally applied DEET (OFF) rather than perform aerial spraying, for the low level of threat of mosquito-borne illness that we now face and have faced for several years, the Stockbridge Board of Health has recommended that the town withdraw from participation in the MCP.

The Board will remain surveillant and recommend taking whatever steps are indicated for public safety following DPH guidelines should a real threat actually arise.