Notes from Planning Board Meeting: March 16 via Zoom

Editor's note: Question: Might not changing the format and rewriting an entire bylaw make it more difficult for the public to track and understand the impact of the proposed changes. See SB meeting below. Even SB members had great difficulty understanding the changes proposed.

Notes from the Select Board Meeting: March 18 via Zoom

In addition: Christine Rasmussen, Jack Henderson (others may have been present but could not be seen)

SB has 14 days to receive, read, discuss and decide before it must send bylaw proposals back to PB. SB can send back a proposed bylaw with approval, disapproval or stipulations/comments. Approval, disapproval, and comments of SB are read into the record at Public Hearing. After the hearing, PB can amend or not and return to SB for inclusion/no inclusion on Warrant for Town Meeting where the people vote. None of the three proposed bylaws were returned approved by SB.

White's suggestion: with so much on the regular Town Meeting Warrant, perhaps a Special Town Meeting might be scheduled for only proposed bylaw changes?

Appointments to be filled by SB to Conservation Commission and Green Committee postponed to next SB meeting.

Notes from Planning Board Bylaw Review Meeting: March 22 via Zoom

Also present: PB candidates Jack Henderson and Mark Mills; Anita Schwerner, Nina Ryan, Patrick White, Julie and Barney Edmonds, and Jamie Minacci (Apologies to all who attended if not mentioned. Those eight were the only ones visible on screen) 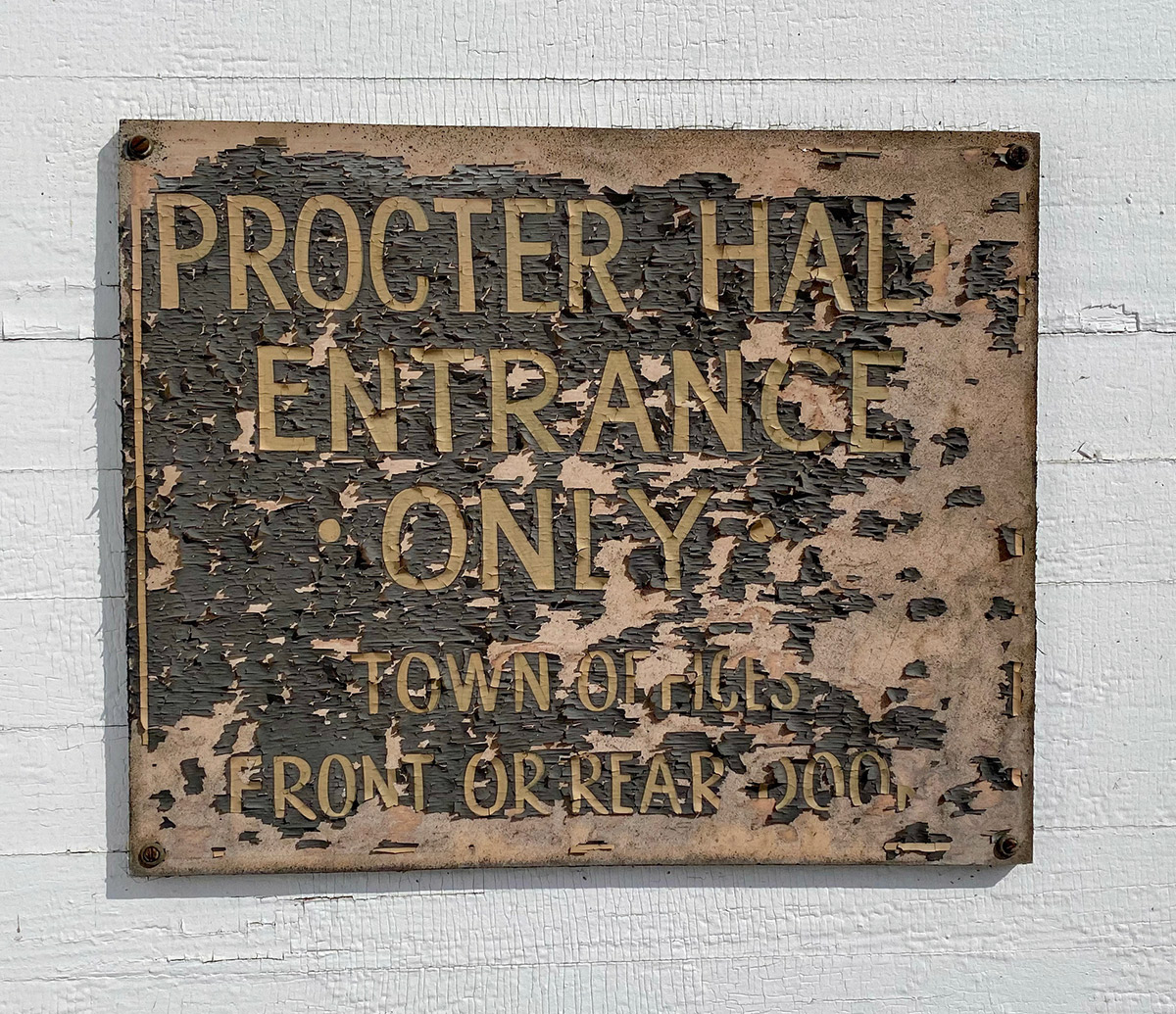 On that congenial note, the meeting adjourned. 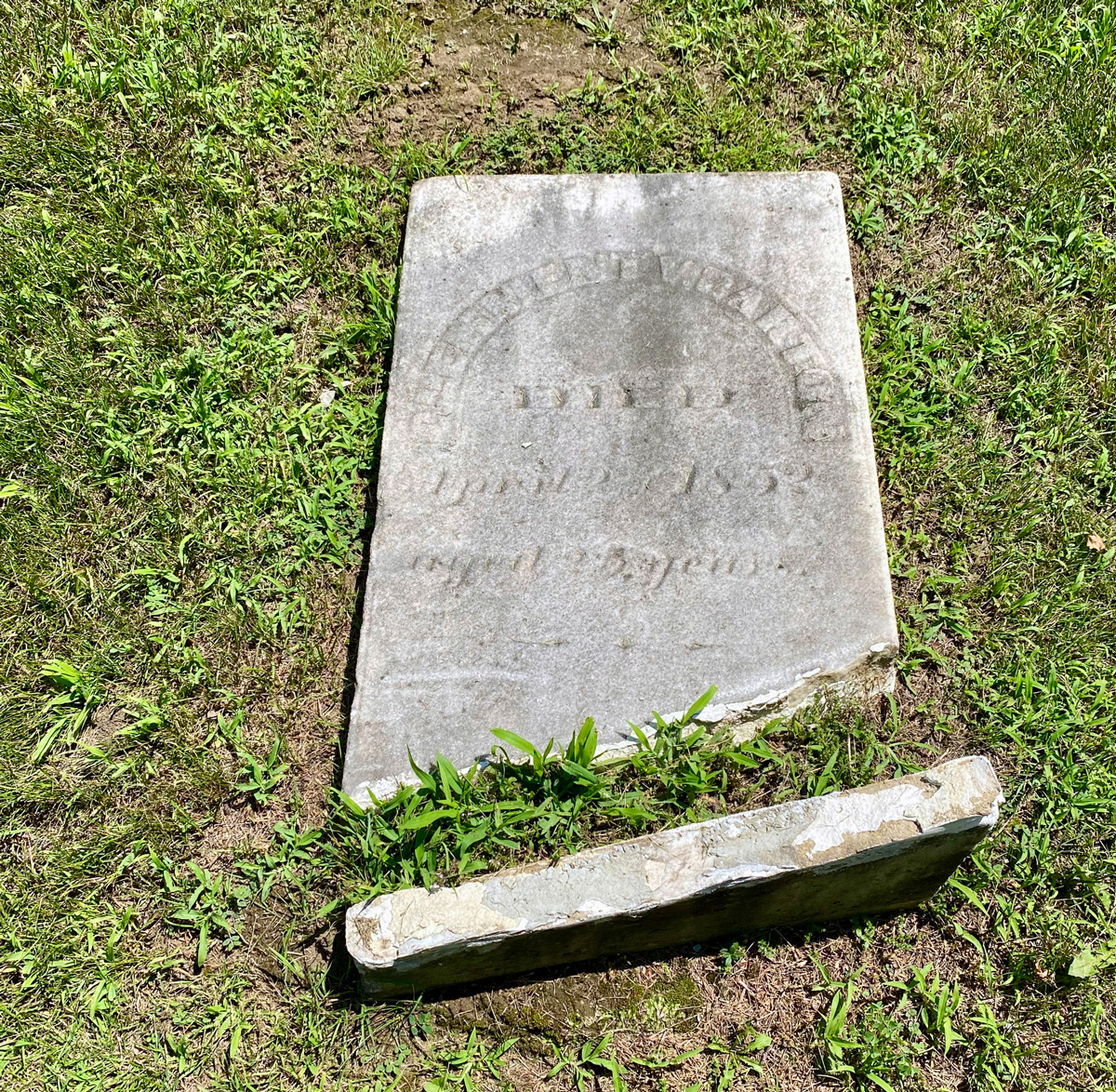 One of a number of broken headstones the Town seeks to repair at the Stockbridge Cemetery.

Notes from Joint Finance Committee/Select Board Meeting: March 25 via Zoom

In addition: Others may have been present but could not be seen. If they spoke, they are identified below with their comment.

Attendees uniformly thanked SB for its efforts and had the following questions:

Ben Liptzin asked if this bylaw would lead to removal of offensive dumpsters (Answer depends on size). Loretta Scheel asked if it was retroactive (Answer: no). Barbara Zanetti wanted to know if these regulations apply to licensed B&B? (Answer: no) Ken Krentsa asked if SB can regulate parties (Answer: no. Public can police to respond to excessive noise). Kate Fletcher asked if fines can be placed on tax bill to assure payment (Answer: no)

The matter was tabled for a year. The meeting was adjourned. 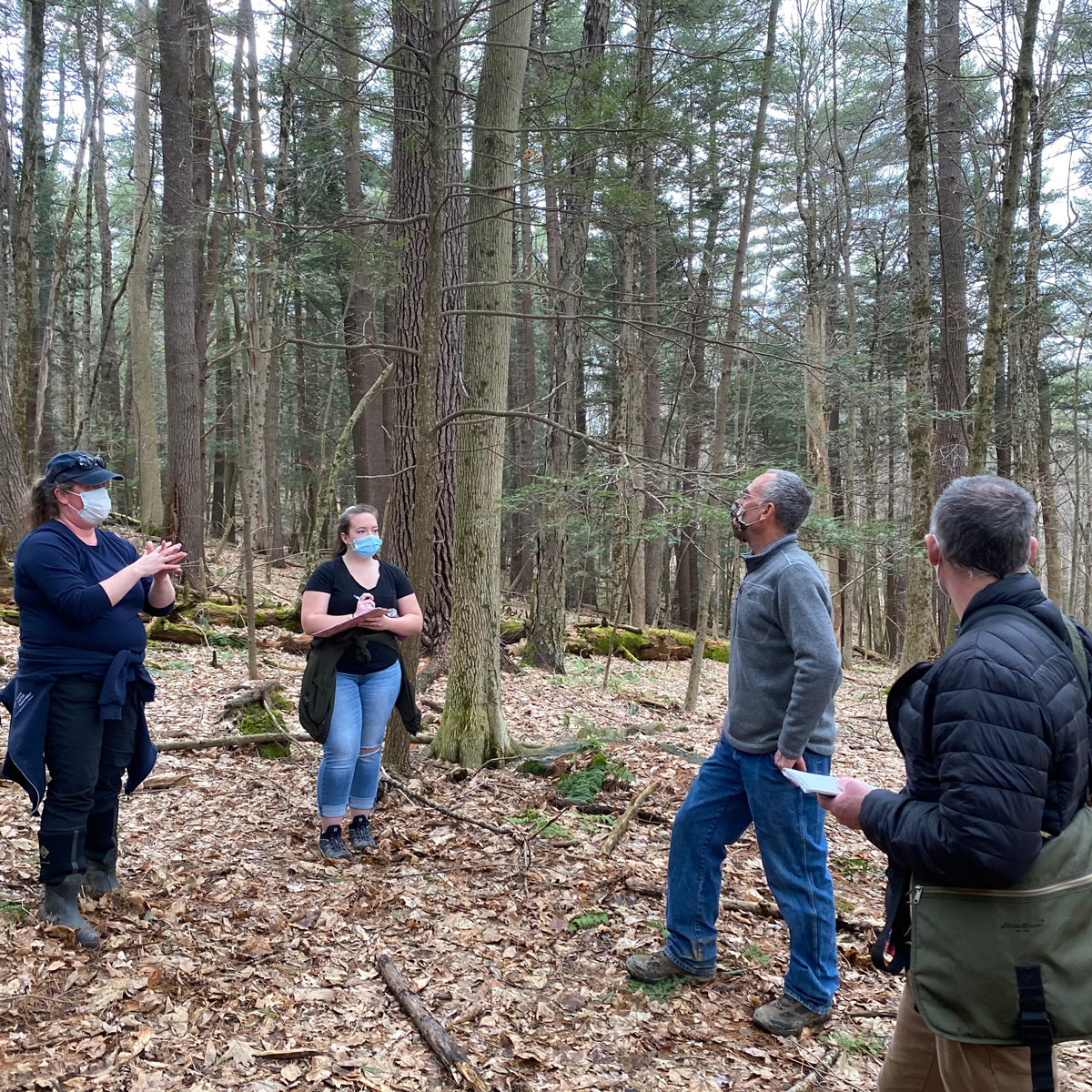