I was seven years old crossing East Main Street when I was hit by a car. I was picked up, gently placed in the police cruiser by Police Chief Bill Obanhein and delivered to Doc Campbell's office. Doc Campbell was calm and reassuring. He told me everything would be okay. His bedside manner came not from medical school training, but from a natural compassion. In a small way, I was being mentored for my later professional life as police chief, wherein patience and calm were critical.

I knew at age seven that Doctor Campbell's presence gave us all peace of mind and the knowledge that Stockbridge would be helped.

Not all our encounters were on equal footing. When I moved to the evening shift, I parked on Vine Street hoping to catch those running the stop sign at the Fire House. When caught, Doc would very softly say, "Gee Rick, did I miss that stop sign?" And I would say, "Yeah Doc, just like the last 27 times I pulled you over for not stopping there." He may have provided a cure for many people, but I was never able to cure him of that bad habit.

Doc took up hunting and went with other Stockbridge men to "deer camp." I was surprised by his fear of snakes, but Doc had a remedy. It was a swig of hard liquor.

Part of life is death and in addition to being a small-town doctor he was also an associate medical examiner, another job that brought us together. It somehow seemed fitting that the man who brought so many people into this world, and patched them up, should also be present as they left this world.

Over time Doc took longer and longer to arrive at the scene of a death. Finally, Obanhein lost patience and asked what took him so long! Doc turned to Bill and in his usual manner replied, "They're not going anywhere Bill." I took it to mean, death came when it came. No need to hurry toward it nor hurry away from it. Doc was saying we just needed to live life. Obanhein, however, just wanted to return to his bed.

Doc's death came after a long life lived to its fullest. Doc, the Town thanks you for your bedside manner, your little black bag, your snakebite remedy, sense of humor, sense of calm, and 50 years of watching over us – your friends and neighbors of Stockbridge. 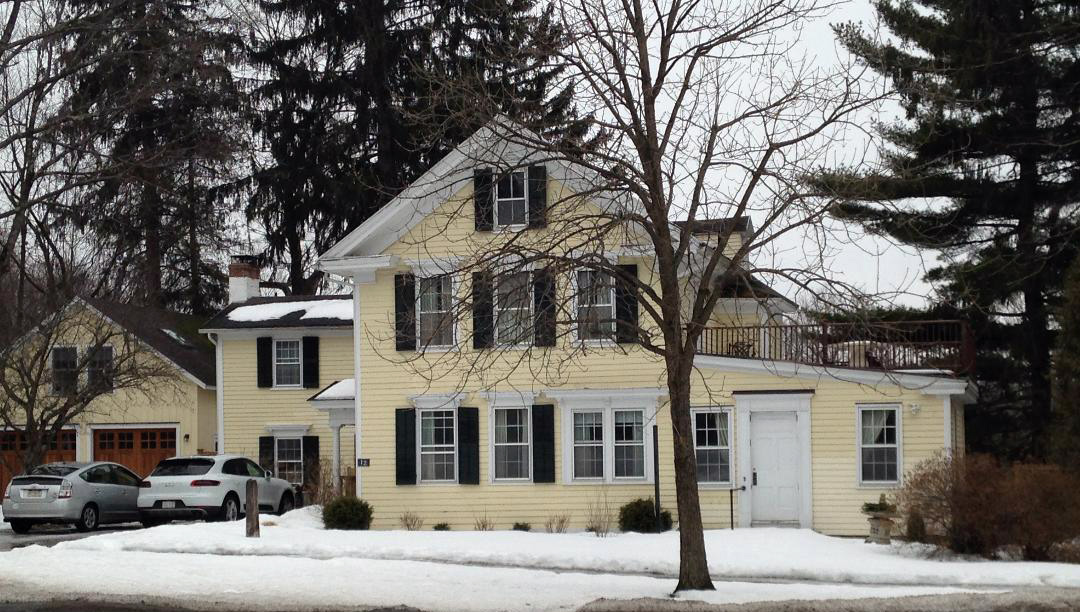 Doc Campbell's house back in the day. Photo: Rick Wilcox