HomeArchiveVol. II No. 11 6/1/2021Notes from Historic Preservation Committee May 24 via Zoom

Notes from Historic Preservation Committee May 24 via Zoom

Editor's Note: It is a pleasure to see a Town Committee running so smoothly based on good regulations, clearly understood, easily articulated, and from which members do not deviate. Thank you. 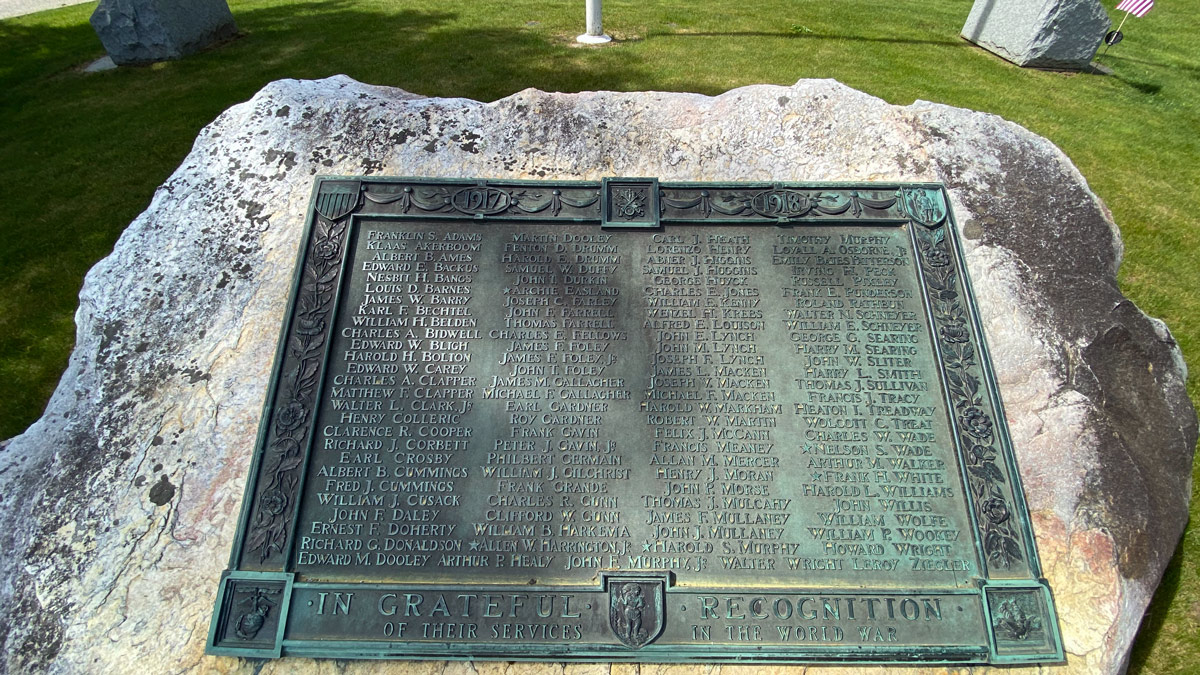 World War I memorial on the green by the Chime Tower. Photo: Patrick White