In June of 1750 at the request of the Mohican Proprietors of Indian Town (Stockbridge & West Stockbridge) Colonel Timothy Dwight began a survey of the town's 23,040 acres starting on Main Street where the size of the lots reflected the importance of the various tribal leaders making their homes there. Konkapot had 31 rods (511.5 feet) of frontage and Mhuttawampee or Great John had 22 rods (363 feet) of frontage which bordered on Moshenamauk who had 26 rods (429 feet) of frontage and whose property would later be divided up, a portion of which would become Silas Bingham's Tavern the antecedent of the Red Lion Inn.

Rhoda Quanpaunwos seems to have acquired the land after the death of her father Moshenmanauk. In 1768 she sold the land to Phineas Morgan, a shoemaker, who was married to a daughter of school master Timothy Woodbridge. Morgan later sold the land to Abraham Brinsmaid, also a shoemaker. In 1782 Lois Brinsmaid as administrator to Abraham Birnsmaid's estate sold five acres to Anna Bingham, which appears to be the land south of the Red Lion Inn to Maple Street.

Court of General Sessions records are virtually non-existent between late 1773 and early 1781 for Inn Holders and Retail licenses. In 1773 there were four Innholder licenses issued, including William Goodrich whose 1773 inn predated Bingham's tavern and was at 28 Main Street (Judy Abdalla). In 1775 Benjamin Willard was the only inn license holder in Stockbridge. Anna Bingham does not show up until April of 1781 and continued to hold a Innholder's license every year until 1792. In 1794 she was, again, brought into court for wickedly and unlawfully selling strong liquors as an evil example to others.

The history of the Red Lion Inn property is further complicated as it appears Berkshire County Courts were closed during the Revolution. Brinsmaid's probate court records indicate there was a house, barn, and tailor shop on the property in 1772. Grace Bidwell Wilcox made an entry in one of her daybooks that there was a blacksmith's shop on the site and several old Stockbridge families still had andirons made there. Berkshire Middle Registry of Deeds has no deed showing Silas Bingham as an owner of the property, but it is clear from later records that Anna owned the lot. More on the life of Anna Bingham to come. 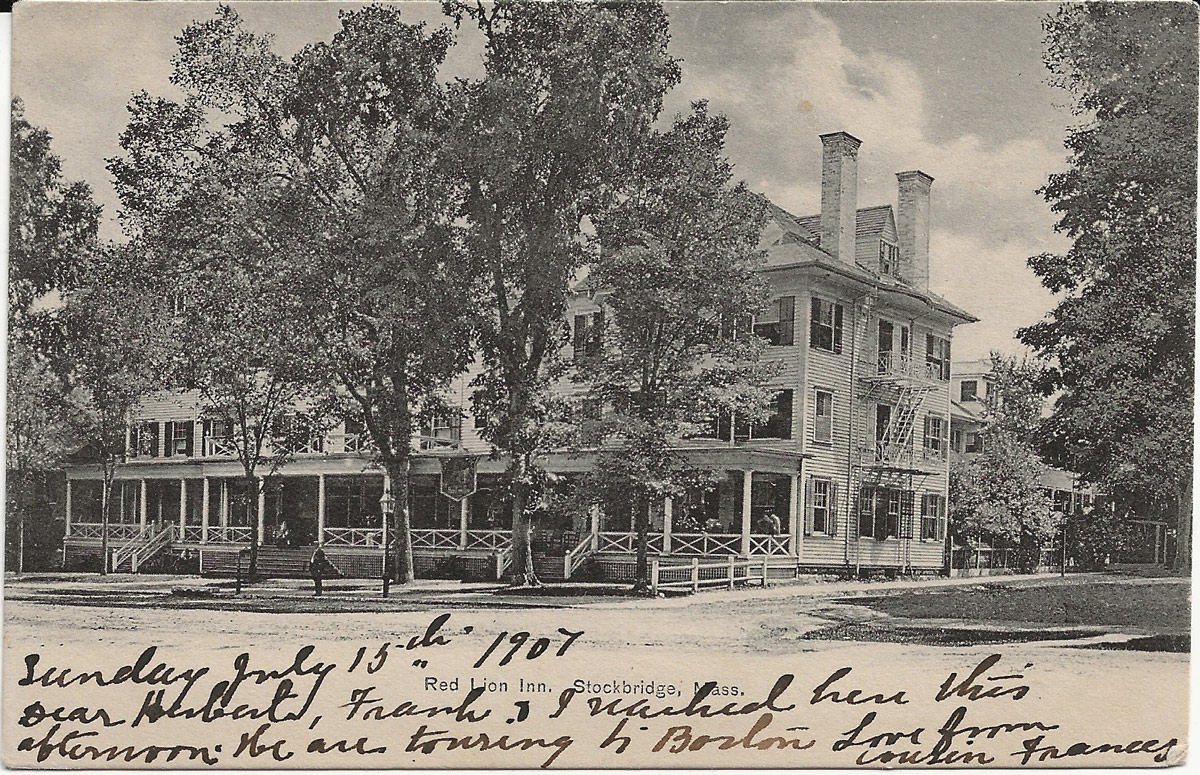