In the midnight hour of Friday, May 21, 2021 the Stockbridge Fire Department was dispatched to Camp Mah-Kee-Nac on Stockbridge Bowl for a reported structure fire. The responding units were quickly updated that multiple structures were involved. The fire ultimately consumed 6 buildings (more if the 3 wings of the largest building counted separately).

The hazards present during the fire included secondary power lines that were damaged and arcing on the ground, propane tanks that were damaged and venting flames high into the air, and the chemicals on hand for the operation of the camp pool for the season. National Grid handled the power lines, George Propane handled the propane tanks, and Massachusetts Department of Fire Services District 5 Hazmat Squad 51 with the help of the Massachusetts Department of Environmental Protection and a private hazmat cleanup contractor handled the chemicals for the camp pool.

One firefighter sustained minor injuries; was treated and released.

The fire was investigated by State Troopers assigned to the Office of the State Fire Marshal and the fire was determined to be accidental, caused by oily rags stored in one of the cabins. 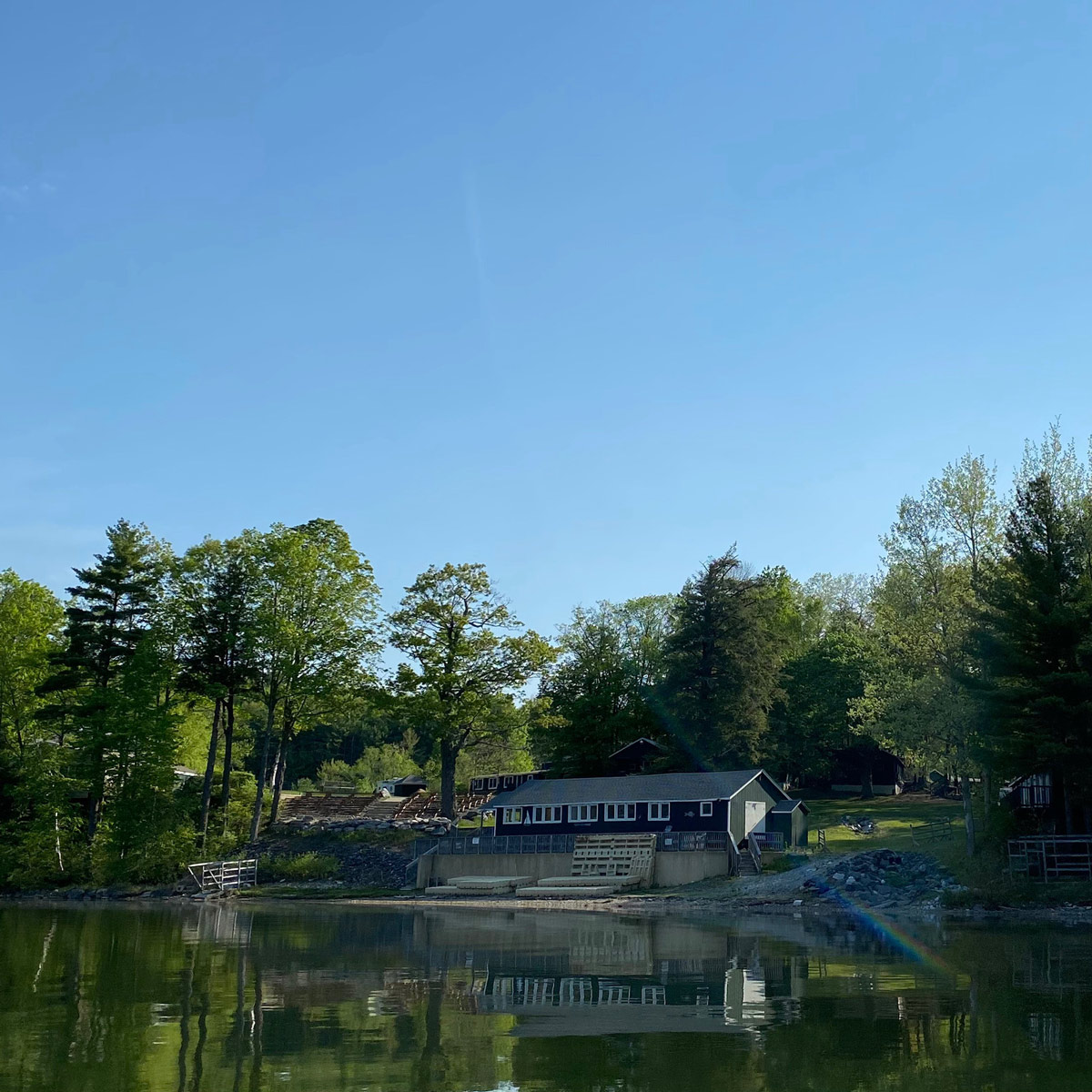 View of Camp Mah-Kee-Nac from the water. Photo: Patrick White