Stockbridge Archeology: Mohican Presence from 1739 to 1783

Part One: The 1739 Indian Meeting House

Through the generosity of the Town of Stockbridge Community Preservation Act Committee and the U.S. Park Service the Stockbridge-Munsee Community Band of the Mohicans is currently conducting archaeology on two Mohican sites in town that bookend Mohican presence in Indian Town, later Stockbridge. From the 1739 Indian Meeting House on the town square to the 1783 Ox Roast feast provided to the veterans of the Revolutionary War and their families by George Washington, held on the land of King Solomon Uhhaunauwaunmut in Ice Glen they are both symbolic of the Mohican experience here.

According to Electa Jones in July of 1736 Governor Belcher invited Rev. Sergeant and members of the tribe to Boston, where on August 6th they dined with the Governor and his Council. At the request of the Governor "the General Assembly granted funds for the erection of a church 40 feet by 30, together with a suitable School-House."

Accordingly, the church was erected with three doors; one at each end, and one on the south side. Pews were against the wall with only two aisles. It was two stories, and, as evidence of its firmness, the frame is still used (1854) in a barn several rods west of its original location (Southmayd Farm).

It was not so far from completed as to admit worshipers before Thanksgiving Day, Nov. 29, 1739, when it first opened for religious service. At a town meeting in 1760 it was voted, to take up a contribution from the whites, and another from the Indians, to pay David Naunaueekanuk for his services in sweeping the house and blowing the Conch.

In 1761, the two end doors of the church were shut, windows being left; and two new pews were built in the places thus left vacant. An aisle was cut through the center of the house, and the body-seats so altered as to make five in the place of four. Two pews were also built over the stairs, the house newly clapboarded in front, and new windows set in that south side. The windows on each end were newly glazed, and old clapboards and glass were employed in repairs upon the north side. Besides this, the plastering and seats in the gallery were mended." 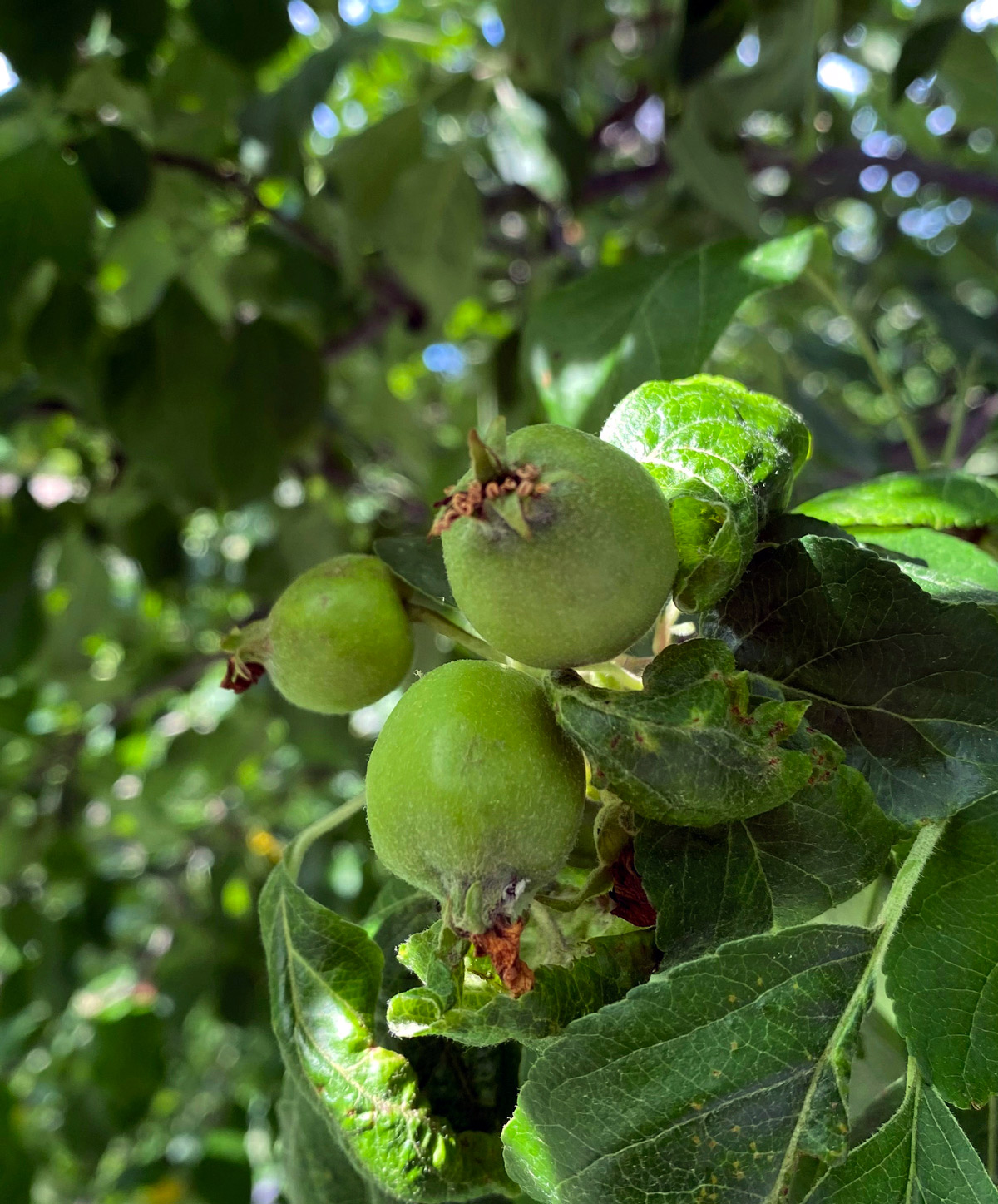 Young Stockbridge apples, not quite ripe.