Searching Solomon Uhhaunnuhwaunnuhmut's home lot in Ice Glen for evidence of the 1783 Ox Roast given to the Stockbridge Mohicans by George Washington for their service in the Revolutionary War was an effort made possible by a Town of Stockbridge Community Preservation Grant. Stockbridge-Munsee Tribal Historic Preservation Manager Bonney Hartley, Tribal archaeologist Nathan Allison and Ann Morton, an archaeologist with Morton Archaeological Research Services, along with a cadre of Williams College student volunteers as well as a number of local volunteers, spent the week of August 9th exploring possible sites of both Solomon's home and the ox roast.

An earlier electronic search with Ground Penetrating Radar (GPR) and magnetometer revealed sixteen anomalies over several acres that that were determined to be worth further exploration so that during the week of August 9th three teams began the delicate task of removing layers of soil. Three sites produced evidence of past indigenous presence.

At one site the team found two living floors, one above the other as well as the presence of charcoal, which will be tested for possible carbon dating. Morton suggested the site was possibly pre-contact, i. e. prior to the European colonialization.

Close to that site another team found a number of artifacts which included a stone that showed signs of human use as it was smooth on both sides and may have been a cooking tool, as well as a stone flake, and a food bone.

A third site was beginning to reveal evidence of what may have been a hearth or other structure, but the archaeology has reached the limits of the Community Preservation Grant and that site was filled back in with the hope that a future archaeology project would return.

Over time local historians have suggested the Berkshires were seasonal hunting grounds and as such any home sites were temporary. The Ice Glen site and the living floor at the Town Square on Main Street has provided evidence to suggest that the Mohicans had taken up permanent residence in the Berkshires which they maintained over an extended period of time.

A word of caution. The archaeology gathered a great deal of evidence that needs to be tested and interpreted, some in consultation with other experts. It may be several months before there is a final report, at which time some first conclusions may be refined. 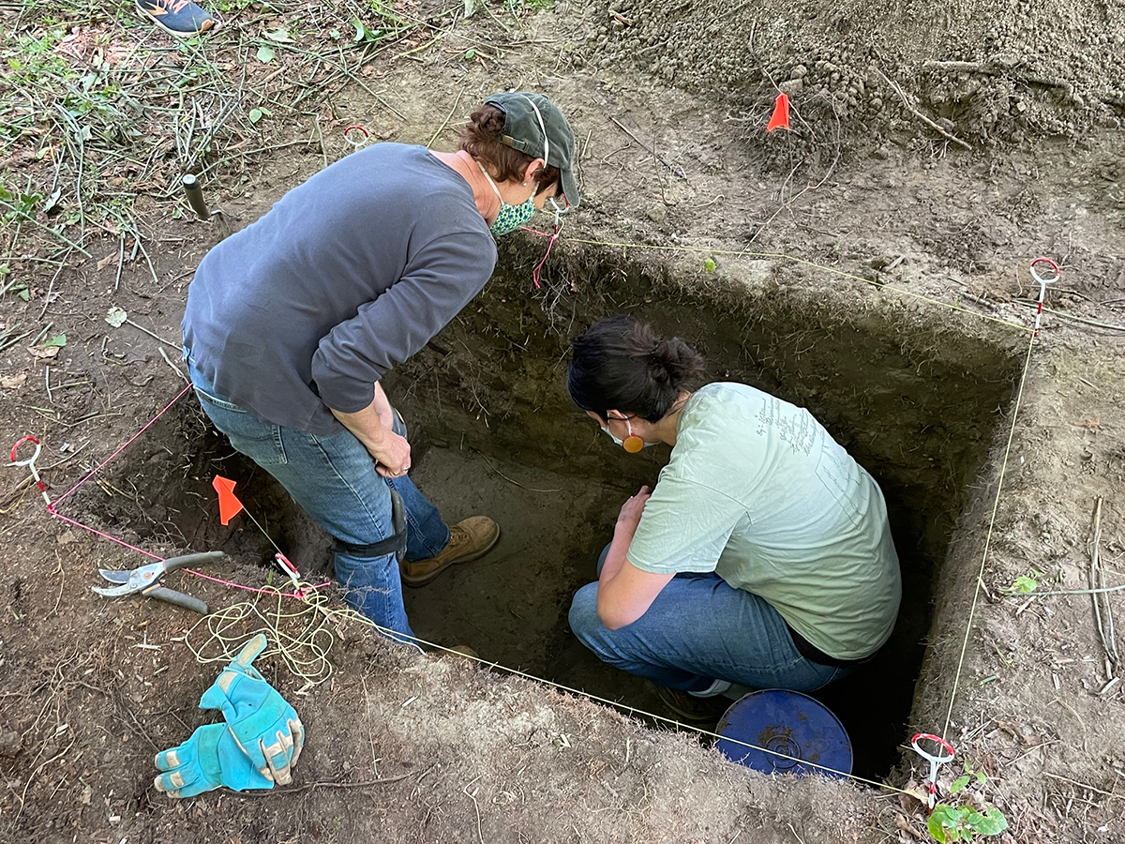