It is the political season, so let's talk politics.

They finally did it. They nominated a woman — first woman ever. When they did, newspaper reported the people were "shaken."

She was nominated partly because the other guy was crazier than a barn owl. Still, any woman who wanted the job was suspect. Folks dug deep to find her old misdeeds and accuse her of new ones. Here's the story.

The hotelier, popular, respected, and male resigned from the position leaving a void and leaving the town scrambling for a replacement. A real estate man looked like a good choice, and many were prepared to back him. Sadly, it was discovered that he was none too stable. A local attorney and political operative stepped in and said any politician who backed him risked their own reelection.

They heeded the attorney's advice and threw their weight behind a sober banker — a tad boring — but stable. The attorney was back shaking his finger and shaking his head. He had scuttled the real estate man's ship and now moved in to sink the banker.

The bank needed that banker. He would be unable to do both jobs. Once again, the attorney's advice was followed, and the banker's name was dropped from consideration. Once again, they had no candidate. What now?

That attorney announced he had a solution, and by gosh, he nominated a woman as US Postmistress before anyone ever heard the word postmistress. She was nominated, but did she win?

Nope. The digging finally paid off and a plot was exposed. The attorney owned the building where the female nominee's father had his tailor shop. The attorney extracted a promise that if she were elected, she would move the post office to the attorney's building. The move would increase the lawyer's rent roll substantially and increase her father's business because townsfolk would pass his shop daily as they collected their mail.

The lawyer was exposed as self-serving. The female nominee was exposed as his dupe and withdrew her name. The banker and the real estate man stepped out of politics permanently, and, for the good of the town, the hotelier withdrew his resignation and remained postmaster. It was 1886. The town was Stockbridge. The hotel was the Red Lion Inn.

Nonetheless, thirty-four years before she could vote, Stockbridge, that forward-thinking village, nominated a woman and coined the word postmistress. 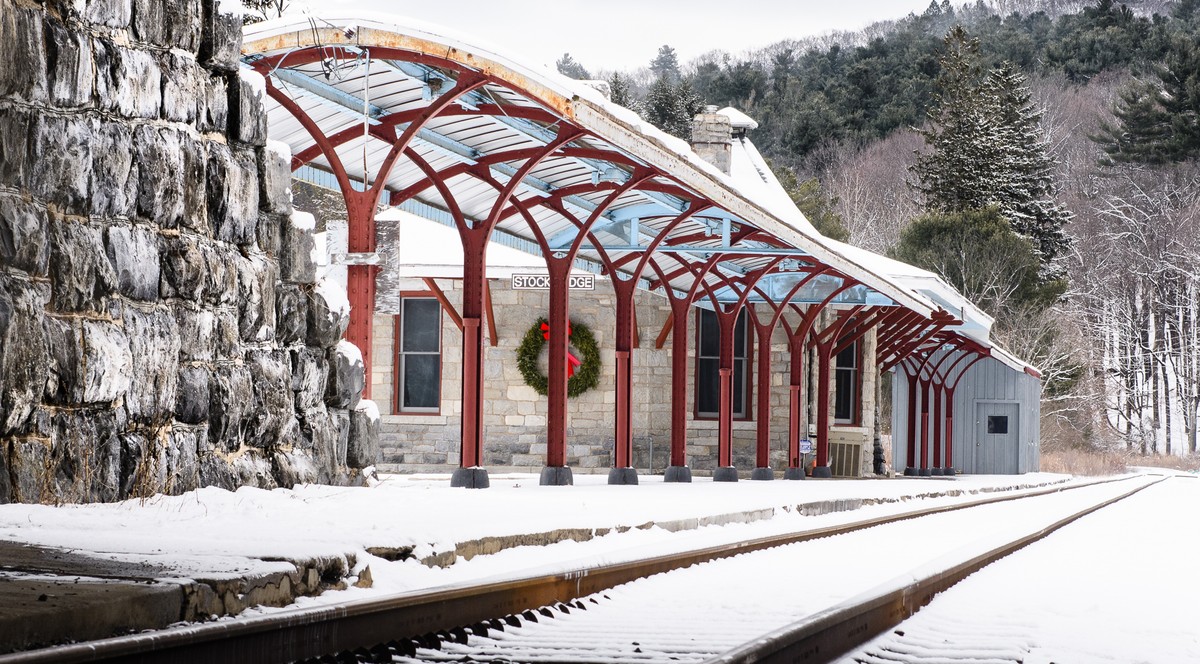