The Boston Symphony Orchestra was formed by Henry Lee Higginson, and its first concert, under the direction of Sir George Henschel, was in 1881. When was the first BSO concert in Stockbridge?

When the orchestra was just three years old, in his last year as conductor, Henschel took his show on the road. In 1884, the BSO played in Providence, Worcester, Newport, and on Wednesday, March 5, 1884, in Stockbridge, Massachusetts.

Henschel conducted. Bernhard Listemann was concertmaster and soloist. The program included Beethoven's Symphony #5 in C Minor, Opus 67, and Paganini's Violin Concerto #1 in D Major (the second and third movements only.)

That is about 63 minutes of music according to Brian Bell, BSO historian, and the man who, with Barbara Perkel, former BSO archivist, found this "first".

"Henschel kept his concerts under two hours, but an hour is too short." Bell said. "There must be a missing piece."

That was not the only missing piece. There is an entire missing venue. Where in Stockbridge did this concert take place? In 1884, The Casino, the Berkshire Theater Festival today, was not built. The Jonathan Edwards Room, attached to the Congregational Church today, was not built. Old Town Hall was smaller and the newer larger Proctor Hall, was only proposed.

The school had an auditorium that seated 55. The Goodrich Block on Main Street had a meeting room that accommodated 35. There was the open second floor of the library. However, in 1884, the BSO had 72 musicians. Impossible for any of these to seat the orchestra, never-mind the audience.

In 1884, moving that number of musicians and their instruments from place to place was complicated by "the most severe weather of the season". According to a local newspaper, the storm paralyzed Berkshire County six days before the concert, February 28. It was followed the next day by a Nor'easter that drifted the snow, choked the roads, and buried the landscape. Just three days before the concert, an ice storm glazed every surface.

How about the church itself? It seats 300, and yet, newspapers reported no forthcoming concert, no ticket sales, and no review. Did the storm cancel the concert?

In record time, the papers said, Berkshire workers cleared the roads and tracks — the east-west train service was never interrupted. So, it would seem the orchestra arrived, and the concert took place, but where?

Time to note that Higginson had a brother, George, who had a Berkshire Cottage with a music room. A private concert would explain no public announcement, So, where was George's Cottage? Next door to where Tanglewood is today. 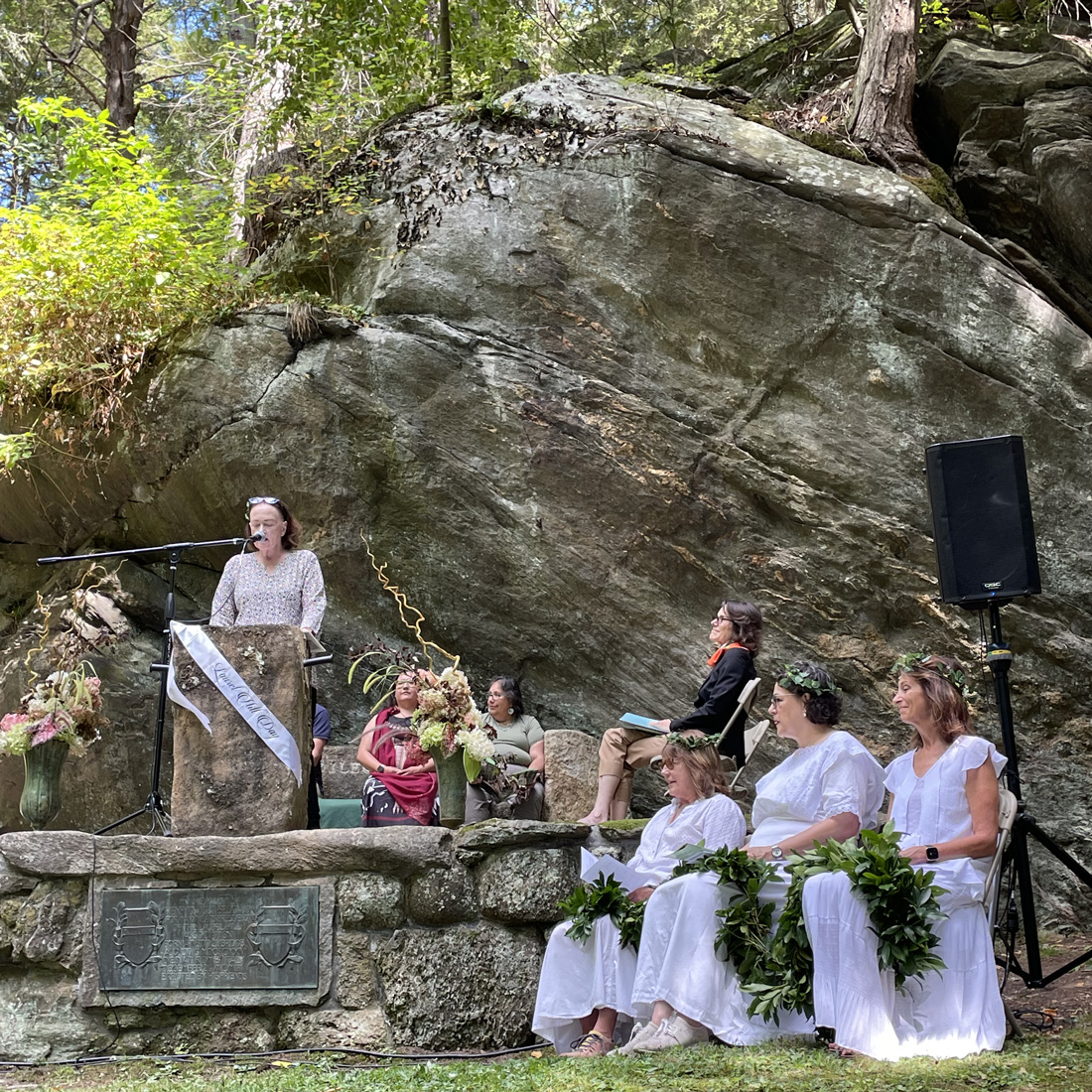