HomeArchiveVol. III No. 18 9/15/2022Notes from the Board of Assessors, September 7, Hybrid meeting

Notes from the Board of Assessors, September 7, Hybrid meeting

Editor's note: SU invited Michael Canales to write a column on any topic he thinks would interest SU readers. It would be so informative if he could write and explain the advantages and disadvantages of seeking consensus among the boards before bringing a matter to Town Meeting (TM). He mentioned one advantage: "not to confuse" the voters at TM. Are there other advantages? Are there disadvantages? When a new process is introduced that is a departure from tradition, it is good to weigh the pluses and minuses before adopting it. 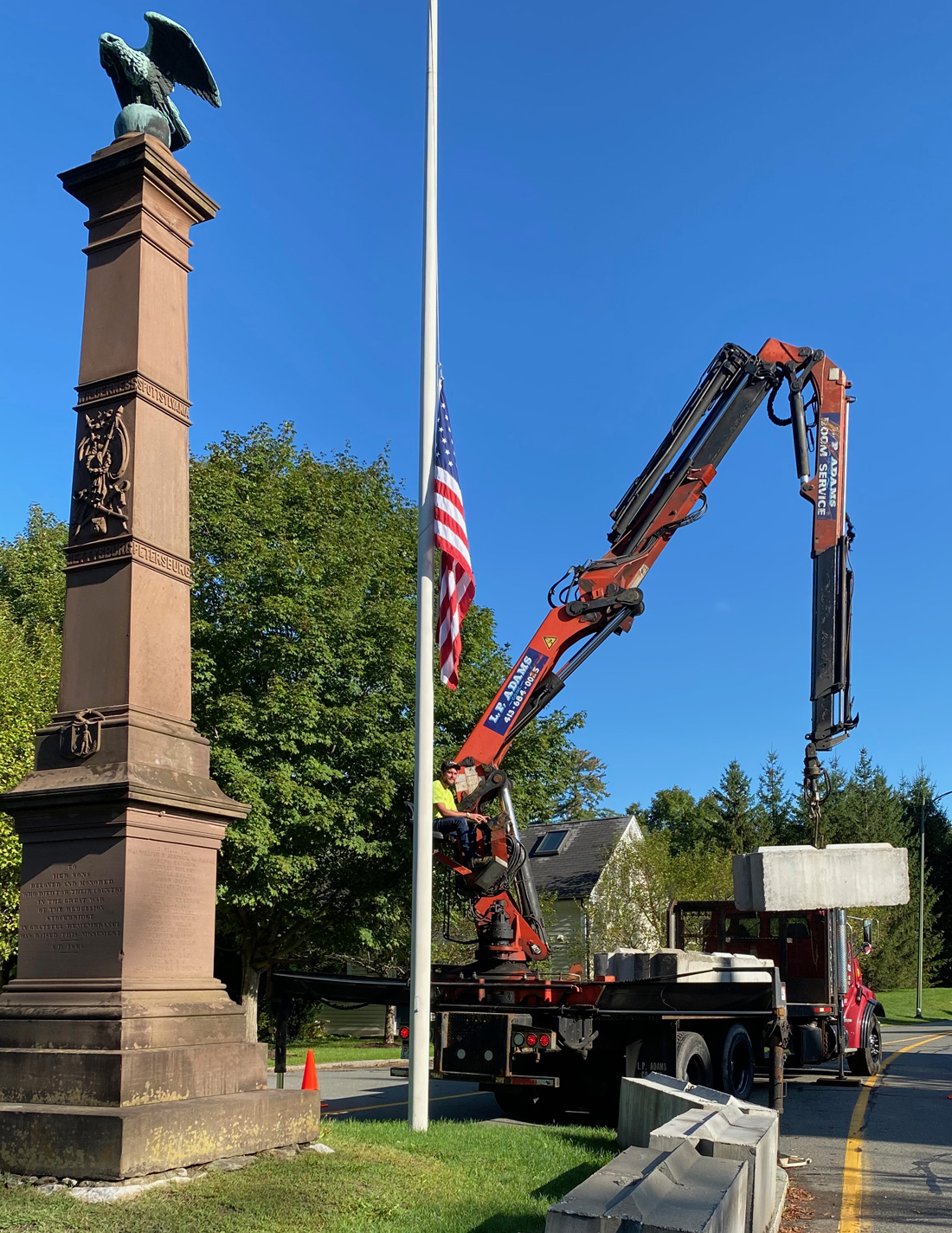 Work commences on the repair of the Soldier's Monument. Photo: Patrick White