Editorial: All About Us

From the Desk of the Town Administrator
by Michael Canales

Notes from the Board of Assessors, November 7, Hybrid meeting

Notes from the Council on Aging, November 9, Hybrid meeting

Notes from the Select Board (SB), November 10, Hybrid meeting 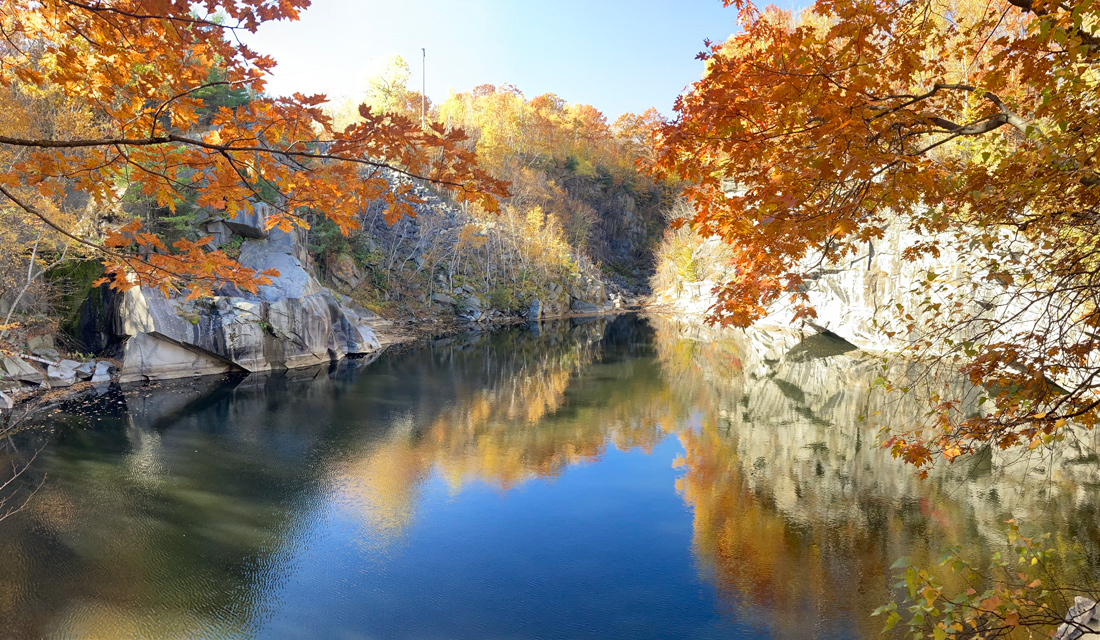 Editorial: All About Us

Unlike national politics, here, we are not removed from our elected representatives. We live in a village, and they live among us. Our representatives are not talking at us about problems; they share our problems.

They live next door, pick up their mail at the post office, drive the same roads, and walk their dogs down the same woodland paths. It is easy to share our viewpoints with our reps — we know them and know how to reach them. When the cost of electricity jumps 64% at the same time that the costs of food and gas rise, and Stockbridge valuations skyrocket, they don't have to be told, they are living it.

Our best representatives do their jobs. They do all they can to identify the problems and find solutions. Even if it is controversial to broach a certain problem, even when a solution is unpopular, even if they must raise their voices to be heard, they do it. They do more than show up for the meeting. They study the issues, debate with respect, listen as well as talk, and vote in favor of what is best for Stockbridge even if it is someone else's idea. They do their jobs for a pittance or no compensation at all.

So, here's the thing: We the people of Stockbridge try to do our part. We acknowledge their hard work, forgive the snafus, roll up our sleeves, and try to help. Stockbridge Updates seeks to be part of that constructive loop. SU reports their meetings, underscores their efforts, and remembers to say thank you. Without blinking, SU reports the bad news and the good. 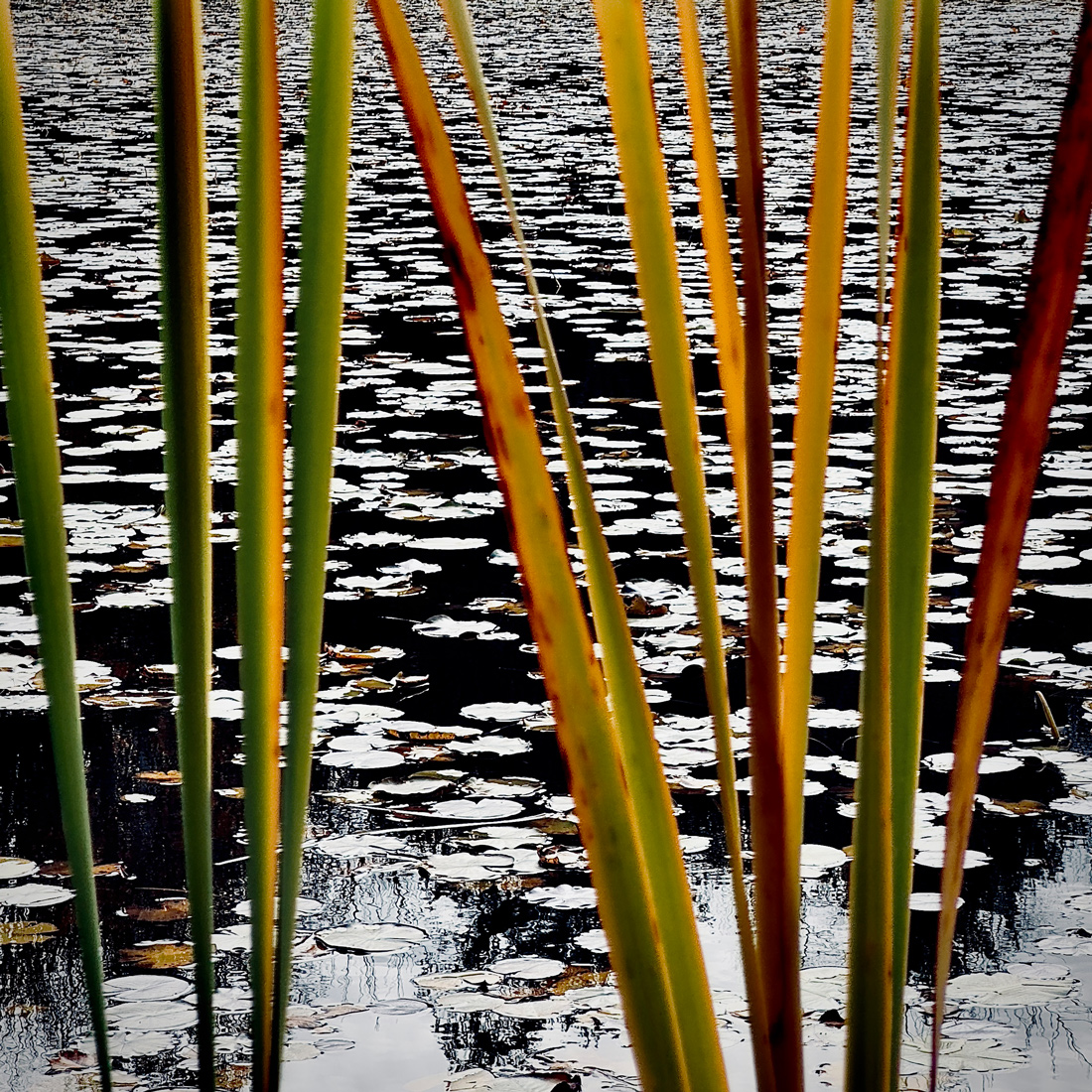 A holiday season to look forward to — SU will have all the information before these exciting special events take place next month:

Holiday Toy Drive for Our Kids

Make a child's eyes light up. Twenty-five children from infant — fourteen years at Pine Woods. Plus — Moms and grandmoms get in touch with Stockbridge Updates if you would like to add your special child's name to the list. Toys, clothes, and gift cards can be dropped off at Town Offices or brought to a Tuesday Club meeting. If wrapped, append a card that tells what is inside. If a gift of clothes, put in a gift receipt for returns. Thank you! 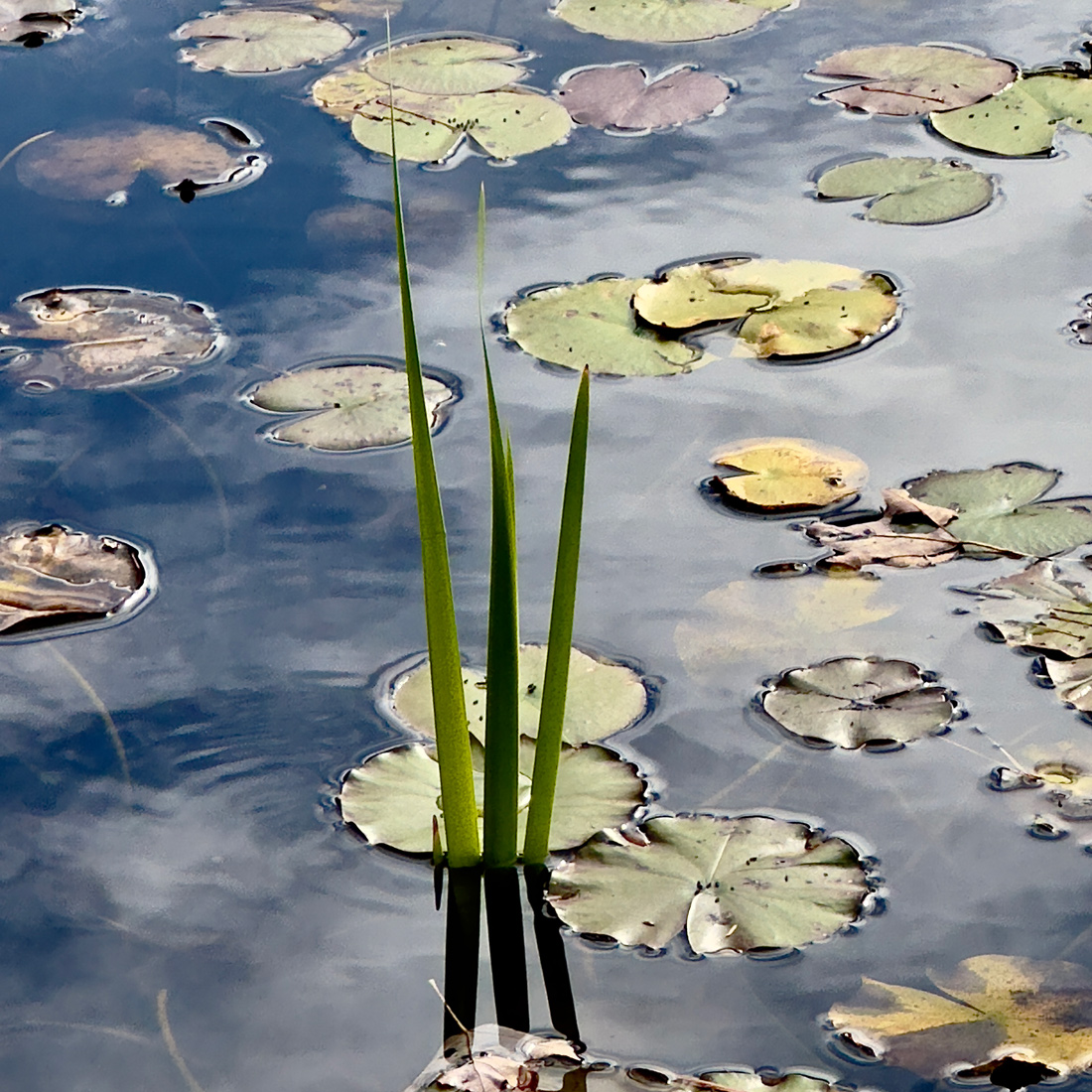 Stockbridge Senior Center: Joshua Hall, Asst. Curator at the Stockbridge Library Museum & Archives, will speak about Stockbridge history with a Thanksgiving theme. Enjoy apple and pumpkin pie and cider along with a community sing of "Alice's Restaurant", November 16, 3pm 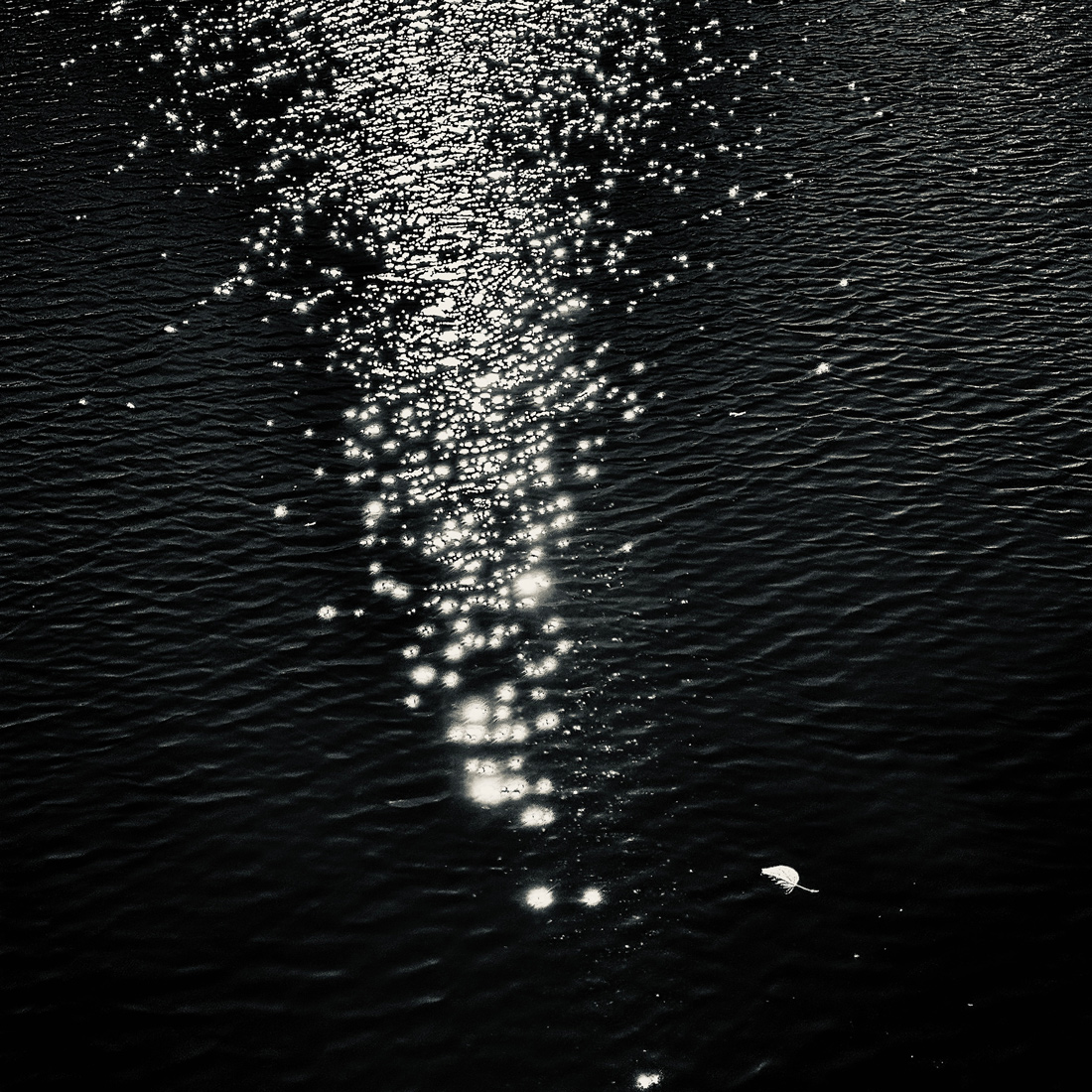 From the Desk of the Town Administrator

SU invited our Town Administrator to fill us in on a new process. In work sessions, not open to the public, he is seeking consensus among the boards, commissions, and committees before bringing a matter to Town Meeting (TM). SU asked about pluses and minuses and thanks the Town Administrator for taking the time to explain.

I hope we can agree that local policymaking is complex. Policymaking is often undervalued and misunderstood, yet it's a central role in any town. The policies created locally often affect everyone in the community in some way. Elected and appointed town officials have public policy-making responsibilities. They set the policies, then the employees administer the policies.

Public policy often impacts more than just one board or commission. So, the question is how do we come to an agreement? We attempt to come to agreement through a consensus of the boards and committees involved. Consensus helps to shape a vision for more effective and efficient governance. A local traditional example is the annual budget process. It begins at the department level, through various boards and commissions before ending with the Finance Committee and Select Board. Throughout the process, the various boards and committees try to come to a consensus on the budget. The decisions are far more likely to be supported if it is generated by the process of consensus-building.

The policy-making process weighs and balances public values. Often there is no single "right" choice or correct technical answer to the question at hand. That is why the policy-making process can evoke strong opinions and sometimes heated debates. Through consensus building, we can try to develop a policy or decision that can be clearly articulated to the voters.

The best policies are those driven by a strategy. What is the problem we are trying to address? What is the goal we are trying to incentivize? Finding a consensus through open and honest discussions are far more likely to be supported, even by those who might prefer a different outcome, if generated by the process of consensus building. To be honest, I did not think I was changing tradition but keeping with tradition. 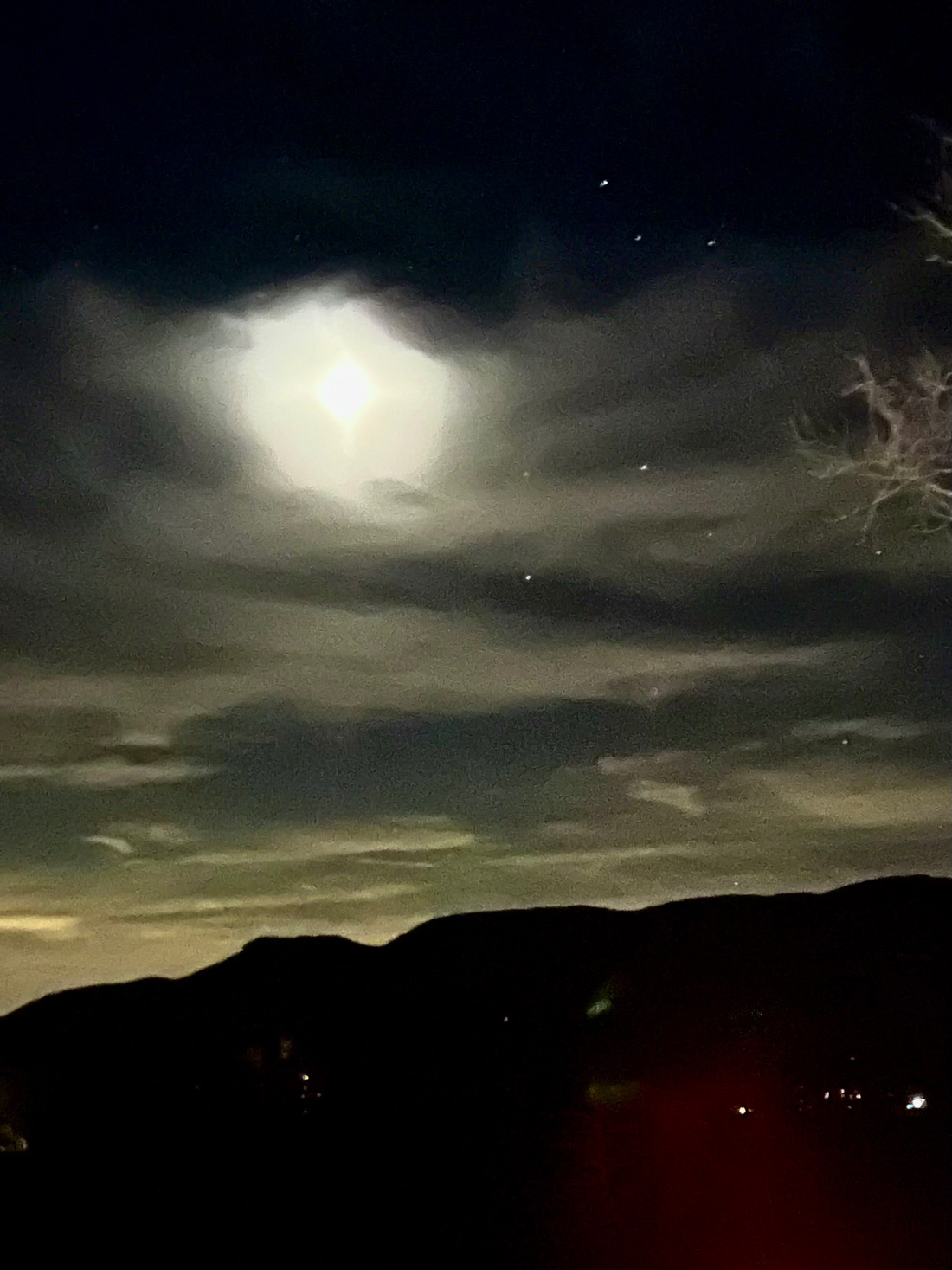 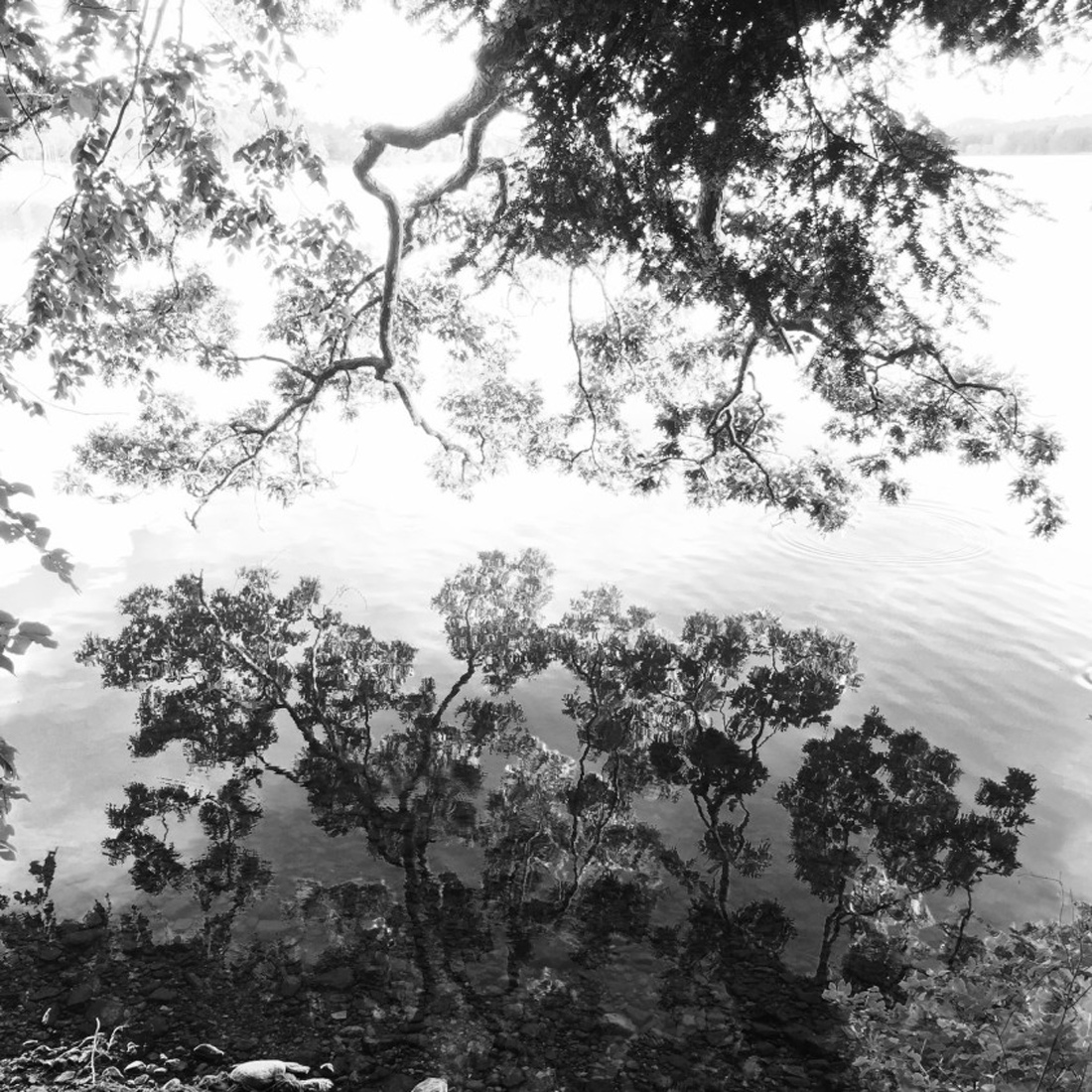 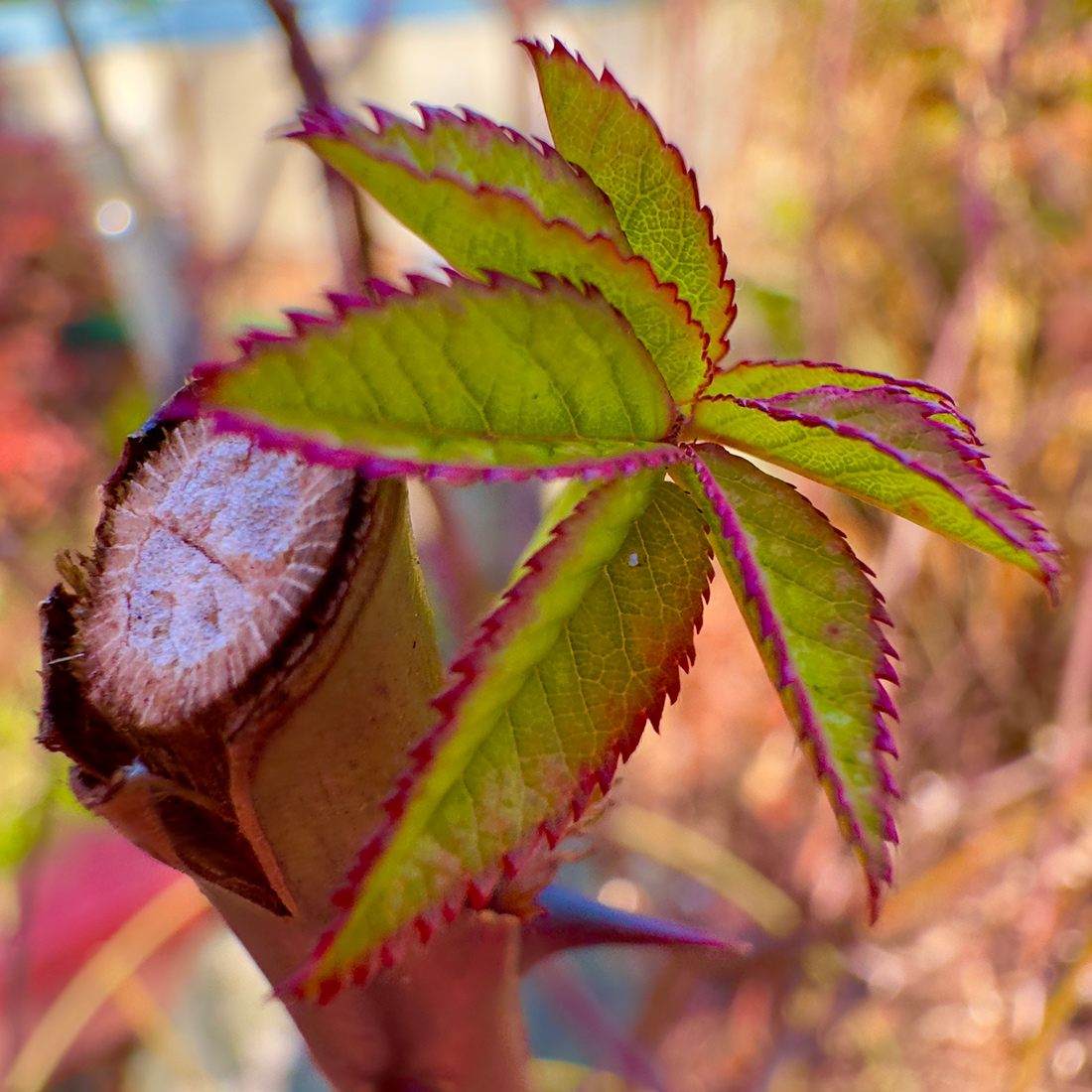 Notes from the Board of Assessors, November 7, Hybrid meeting

Editor's notes: 1. Tax rate is a function of what the Town needs to raise to pay its bills (sometimes called levy). 2. Overlay Account is a single account — money set aside each year — to fund abatements and exemptions of committed real and personal property taxes. 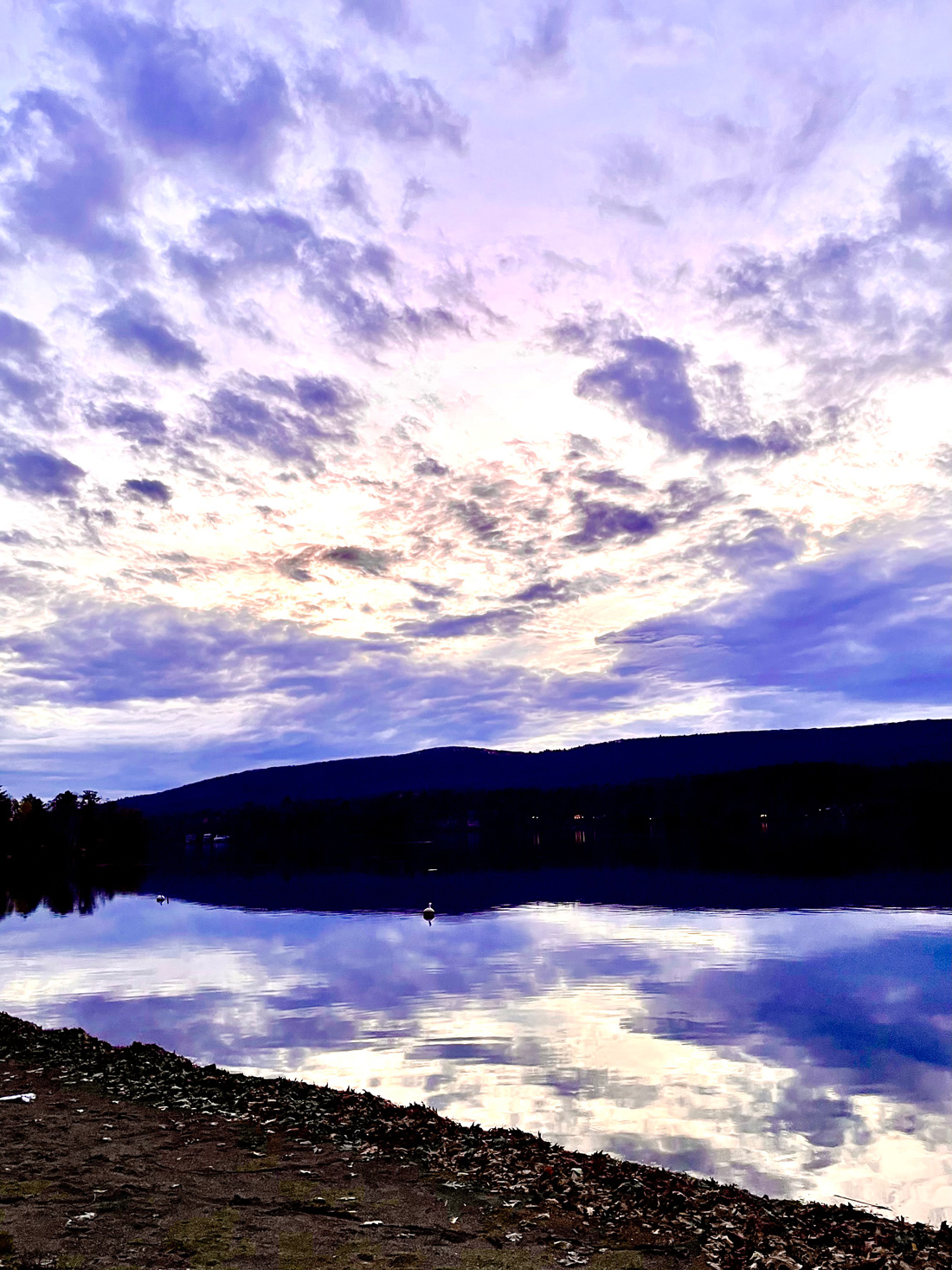 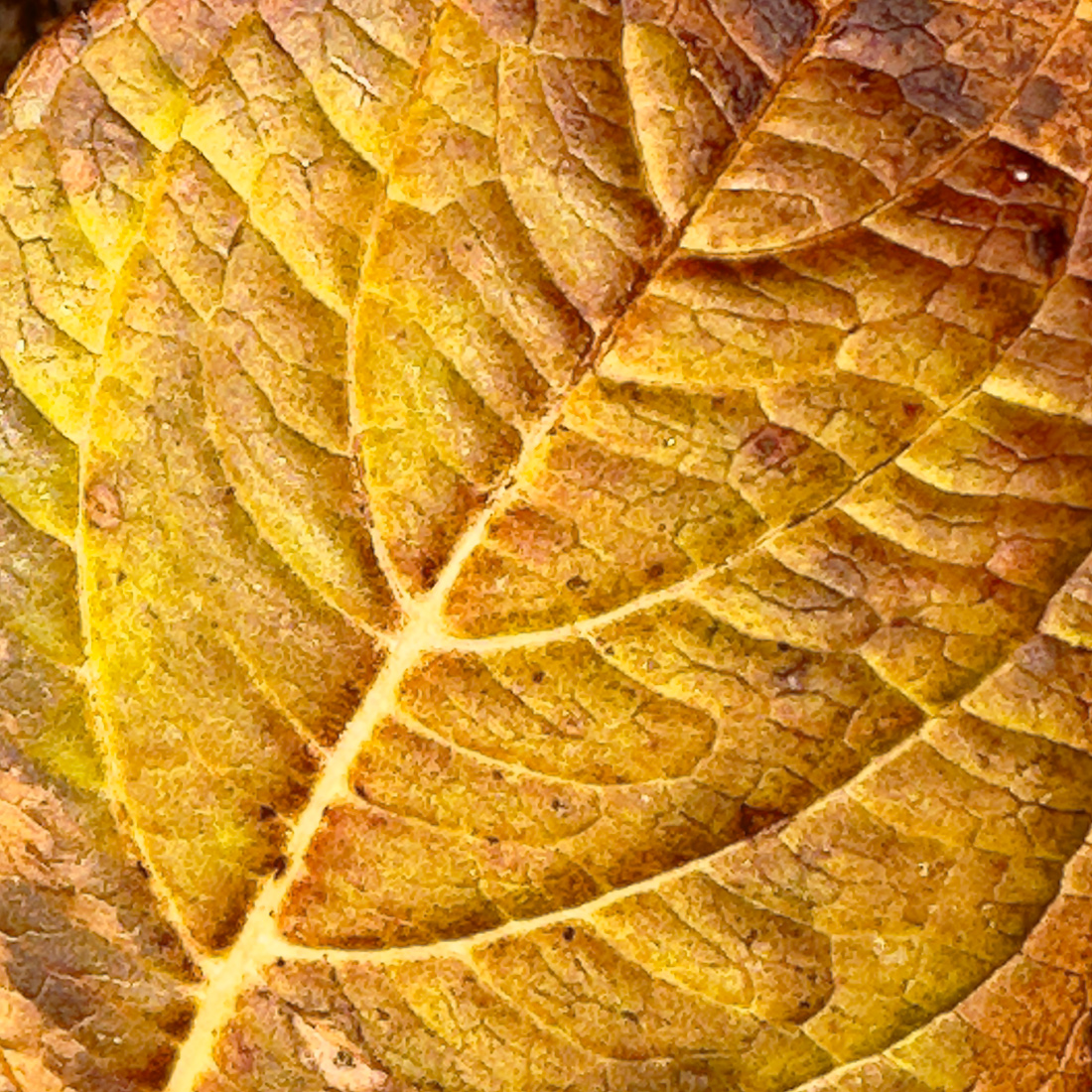 Notes from the Council on Aging, November 9, Hybrid meeting 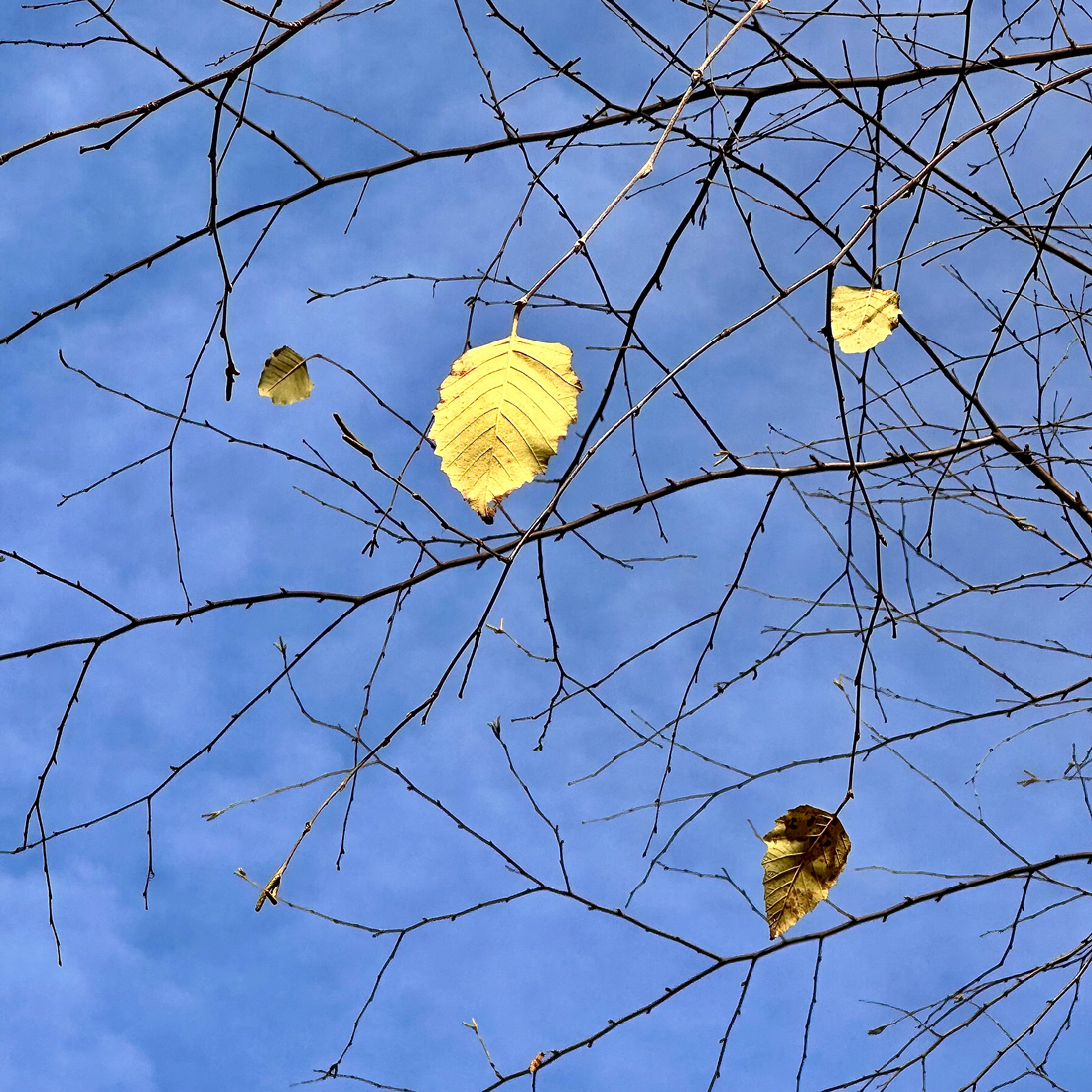 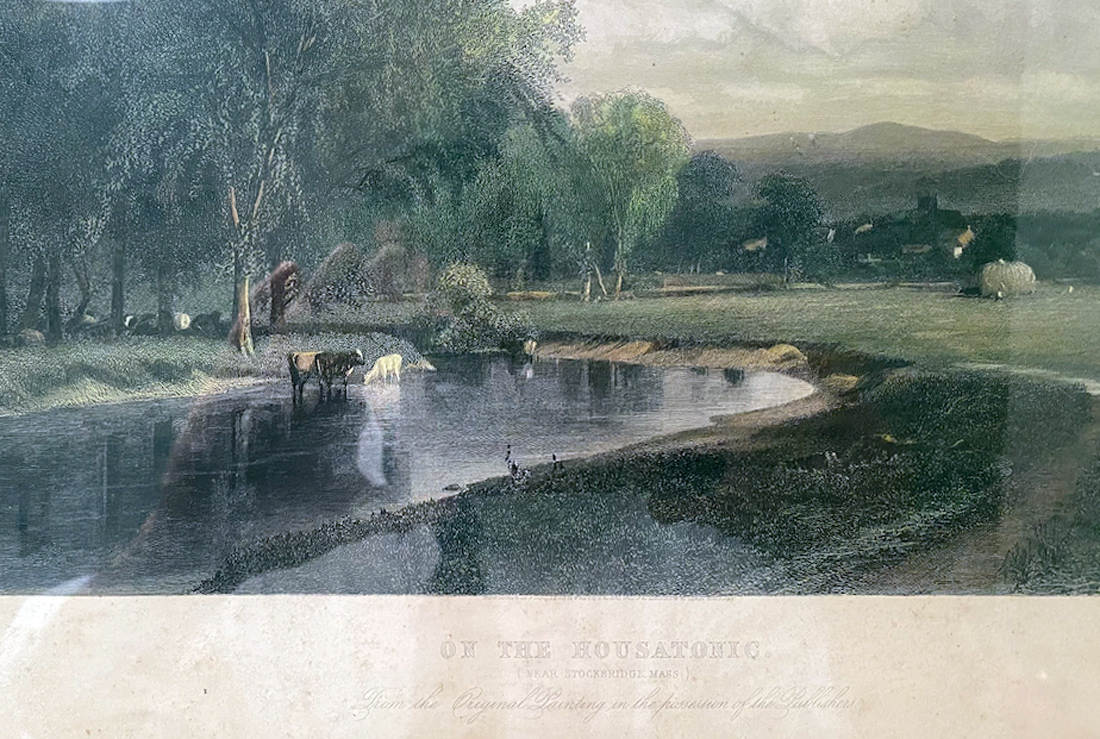 From the wall of Carl Sprague's home

Notes from the Select Board (SB), November 10, Hybrid meeting

Editor's Note: The idea of postponing capital projects, specifically dredging, to lower tax rate was raised at the last Finance Committee meeting. Deferring/delaying expenses to lower tax rate was a process engaged many times in years past. The result, we learned this year, makes the cost of the maintenance ten-fold. Lowering the tax rate, especially in a year when valuations rose precipitously, thus relieving taxpayers, is desirable. HOW it is done is very important. The immediate and long-term effects as well as tradeoffs should be taken into account. If it were a choice between delaying dredging (once again) or second homeowners paying more in taxes — which would the second homeowners choose? 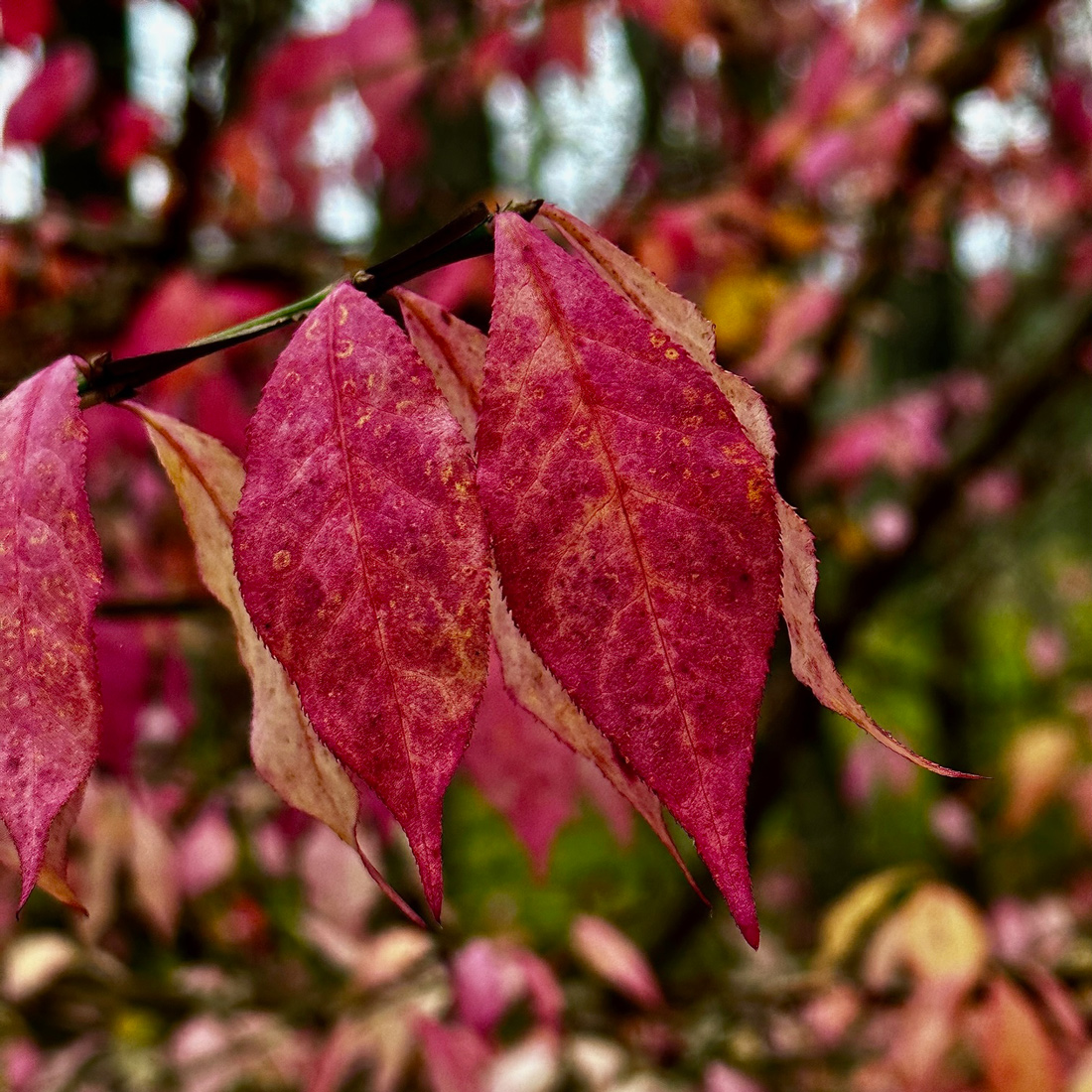 Select Board Chair Patrick White's request that the Assessors treat his home as a second home (his siblings, effective co-owners, aren't residents) suggests a way both to support the RTE, and, as we both wish, to avoid community division. Can we find a way to enlist other residents who can readily afford to pay their full assessments (whatever they may be under the reduced rate we are about to see) to support the town they live in year-round at the same level as their second home neighbors?

Unfortunately, as it is written, the RTE is not limited to residents who have trouble affording their tax bills. Giving residents who don't need it a subsidy that excuses them from a just element of community support makes no sense at all to me, and is destructive of our community. As it is, I suppose, second homeowners with fancy houses or Bowl frontage will dominate the top half of the assessment table, and thus pay higher than average taxes. If residents who can readily afford to pay the regular tax would pledge not to apply for the RTE, as I would and Select Board Chair White effectively has, then adopting the RTE would be a no-brainer. Without that, it is unjust and divisive — as the petition to the Select Board from about 300 second homeowners makes clear.

You can publish this as a letter to the editor, but given your consistent, praiseworthy efforts to preserve our community's values, I hope you will give this idea editorial support and help me in making this happen. It will not be hard to identify residents whose assessments exceed the town average (the most likely candidates for this effort); other residents, too, might be willing to join in a campaign whose results would be that they pay no more tax than their similarly assessed second home neighbor, and that the rate adjustment caused by the RTE would be lower.

Thank you for your letter. You ask SU to publish it and that is our pleasure. You also ask that SU to support a call for those who can afford it "not to apply for RTE", and that SU respectfully declines.

First, no one applies for RTE. If it is made law, it is a calculation that results in our tax bills. We each must pay the calculated amount. Stockbridge is a village of generous people — always has been. Those who can always give willingly, and that is their decision, not ours.

As we have discussed, SU has an obligation to correct factual errors. I am sure you come from a good place and mean to make your point without misinforming, however, there were not 300 signatures on a petition opposing RTE. There were zero — 0 — signatures on the petition. That is why Town Offices could not accept it. It was unsigned with a typed list of 200+ names appended. It may be that each of those named was opposed to RTE, but that is an unknown since it was unsigned, and therefore, not a legal petition. 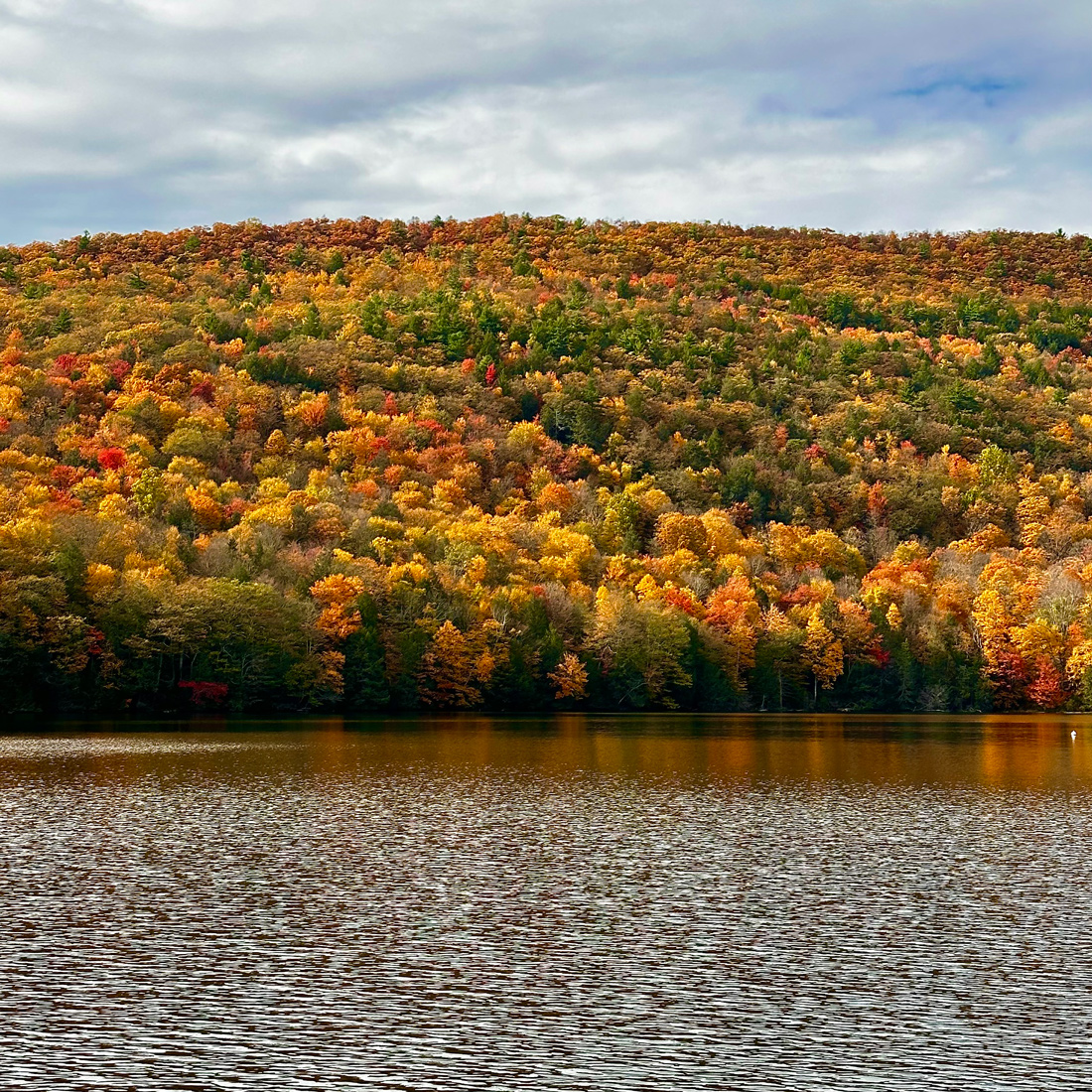